Meiosis is a type of cell division in which a single cell undergoes division twice to produce four haploid daughter cells. The cells produced are known as the sex cells or gametes (sperms and egg). 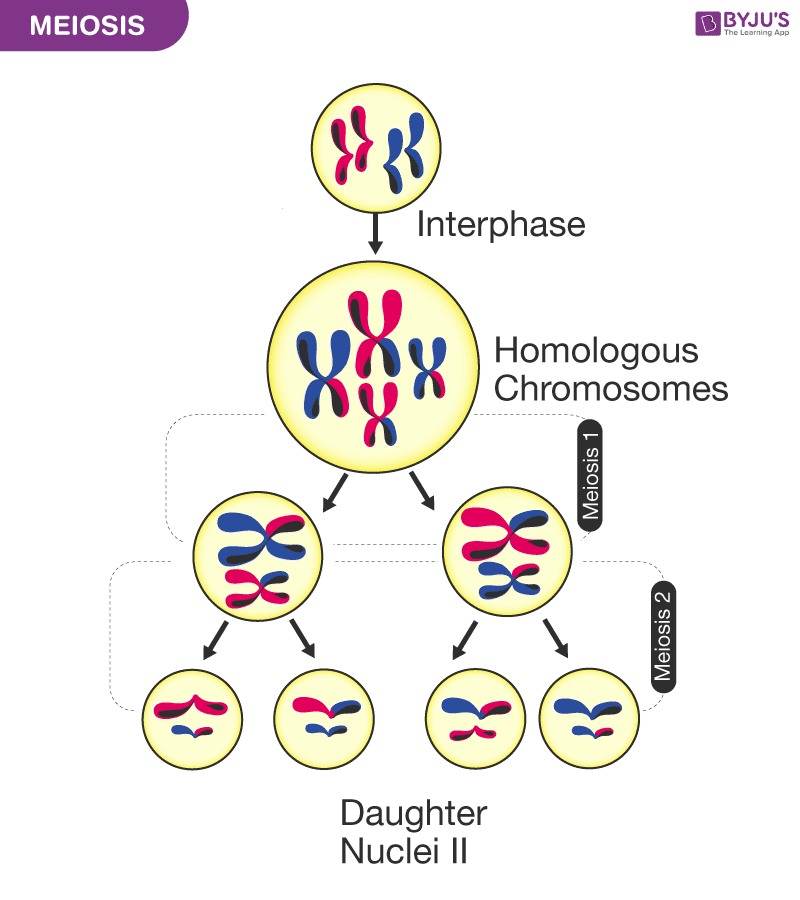 Here, the chromosomes begin to condense. Prophase I is divided into five different stages:

The homologous pairs of chromosomes are aligned on the equatorial plate.

The homologous chromosomes are pulled on the opposite poles. The sister chromatids remain attached to each other.

The non-homologous chromosomes aligned on the equatorial plate.

Sister chromatids move to opposite poles.

For more information on mitosis, diagram of meiosis or other related topics, keep visiting BYJU’S website.