What is Binary Division?

Similar to the decimal number system, the binary division is similar, which follows the four-step process:

Both the binary and the decimal system produce the same result.

Remove the zero’s in the Most Significant Bit in both the dividend and divisor, that doesn’t change the value of the number.

Now, use the long division method. 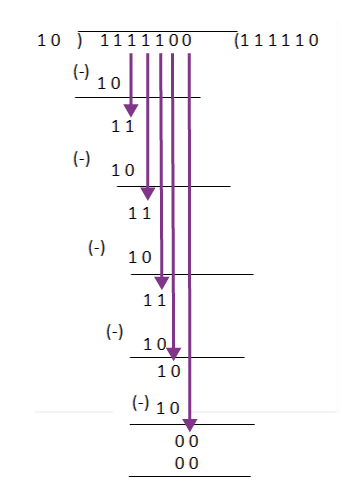 Therefore, the resultant value is quotient value which is equal to 111110 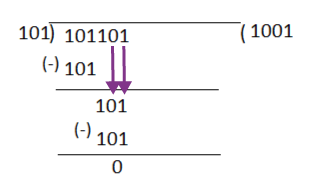 For more such examples on binary operations like addition, subtraction, multiplication and division operations register with BYJU’S -The Learning App and also watch exciting videos to learn with ease.

What is Binary Division?

What are the Rules of Binary Division?

The rules of binary division are: