Since the degree of the above-written equation is two; it will have two roots or solutions. The roots of polynomials are the values of x which satisfy the equation. There are several methods to find the roots of a quadratic equation. One of them is by completing the square. The methods of solving these quadratics have been introduced to the students in Class 10 and 11. Let us see the complete method here in this article.

Completing the Square for Quadratic Equation

We have our quadratic equation as;

The roots of the quadratic equation can also be evaluated by using the quadratic formula. For simplification, let us take a=1. The equation hence becomes Geometrical equivalent of x2,bx and c

This method is known as completing the square. Let us complete some squares. If we break the rectangle representing bx into two equal parts cutting vertically, we will have two figures with an area of each equal to b/2  x square units. The figures are arranged accordingly in the second figure, below. Now, we have

But our square is not complete yet. To complete the square, one square of side b/2 units is needed. This final part of the main square can be taken from the square with the area c square units. Cutting it out and putting it at the place, it results in below figure. 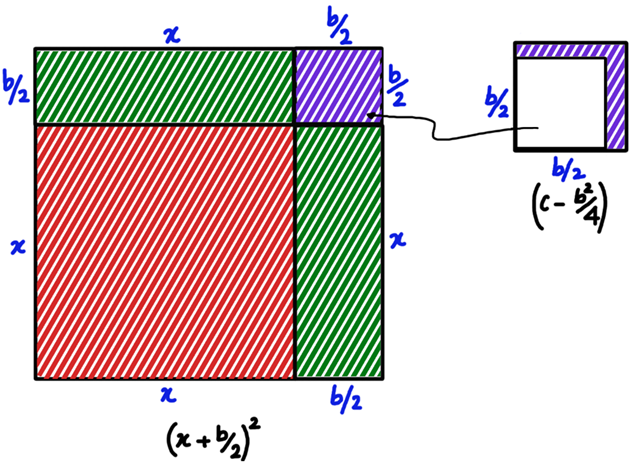 The remaining area is equal to

All this time, we were rearranging the same figures that we had initially. It would hence be correct to say that

This method is known as completing the square method. We have achieved it geometrically. We know that x2 + bx + c = 0. So,

All the terms in the R.H.S. of the above equation are known. That’s why it is very easy to determine the roots. Let us look at some examples for better understanding.

Steps for Completing the square method

Suppose ax2 + bx + c = 0 is the given quadratic equation. Then follow the given steps to solve it by completing square method.

Example 1: Find the roots of the quadratic equation x2 + 4x – 5 = 0 by the method of completing the square.

The below video will help you visualize the concepts of quadratic equations. 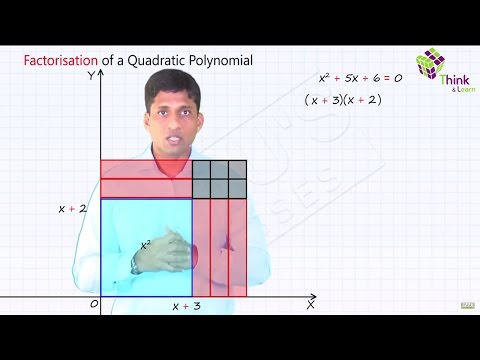 To solve more problems on the topic, download BYJU’S – The Learning App from Google Play Store.