Fraction on the Number Line

Fractions expand our number system beyond whole numbers and integers. They help us denote any decimal number with higher precision. Representation of Fractions on the number line is important to understand how fractions represent part of a whole.

We all know that a fraction is a number which is not a whole number,  (such as 1/2, 5/7 etc). Let us see how fractional numbers are represented on the number line.

Representing Fractions on the Number Line

If we divide the number line into two equal parts, as shown in the figure below, what value does that mid-point hold? Half of what the graduation between 0 and 1 holds.

Here you have seen the representation of proper fraction on the number line. To represent improper fractions, you first convert them into mixed fractions. The same procedure, as shown above, is used with the whole number as the starting point.

Absolute Value and the Number Line

Fractions on the Number Line Example

Let us understand the representation with the help of a simple example.

Represent 43/5 on the number line.

First, convert 43/5 into the mixed fraction.

Now, we start from 8 and divide the section between 8 and 9 into 5 equal parts (5 being the denominator). The third point, as shown in the figure, represents our required fraction. 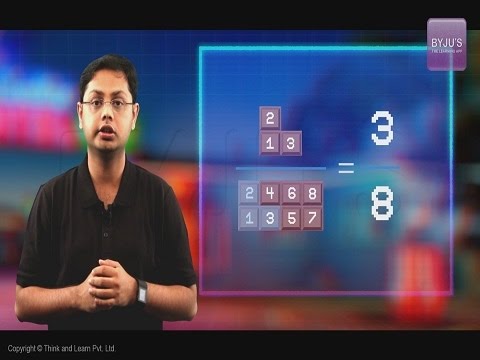