Table of 27 is provided here. Table 27 is essential for both the school students and students preparing for competitive exams like SSC, UPSC, and other national and international examinations. The multiplication table is a mathematical table used to explain the multiplication or product operation of arithmetic and algebraic systems. Students should understand that multiplication is a repeated addition process. Learning multiplication tables is a part of every child’s education. 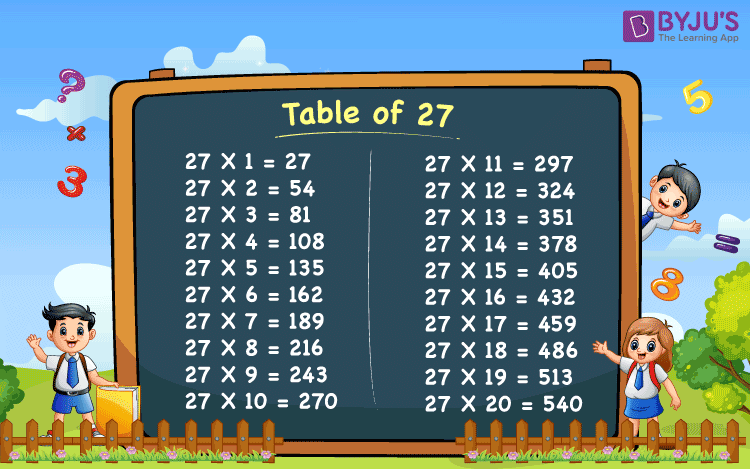 Students can download the PDF of the table of 27 here, to learn offline as well.

Solved Examples on Table of 27

Q.2: If there are 27 balls in each of the 3 baskets, how many total balls are there?

Solution: Given, Number of balls in each basket = 27

Practice Questions on Table of 27

Table of 27 is a multiplication table or 27 times table, which include multiples of 27, when multiplied by the consecutive natural numbers.

Test your Knowledge on Table of 27
Q5