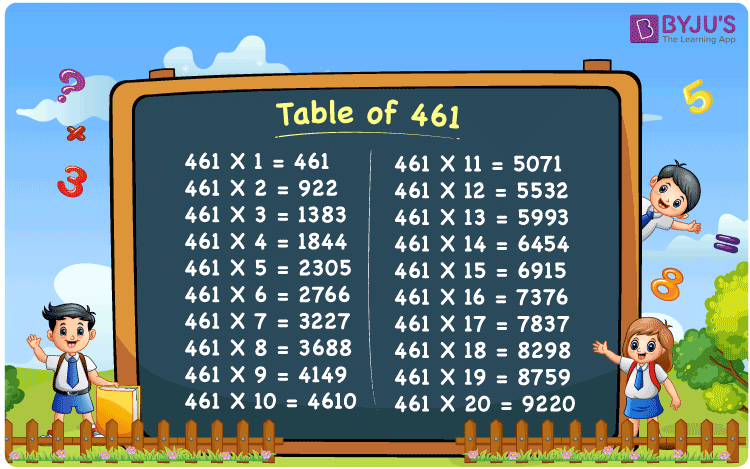 461 times table can be formulated by repeated addition of 461 for n number of times. Students can learn how to design the table of 461 in both multiplication and addition form with the help of the below chart. Also, check the multiples of 461 for 10 times here.

Students can make use of multiplication tables provided at BYJU’S to help themselves in solving the problems of textbooks in an easy and quick way. Learn the first 20 multiples of 461 from the below chart and enhance the skills, vital for examinations.

Solved Example on the Table of 461

The cost of a handbag is Rs 461. Calculate the cost of 9 such handbags.

Frequently Asked Questions on Table of 461

Mention the first five multiples of 461.