The given figure shows intersecting lines and parallel lines.

For a pair of opposite angles the following theorem, known as vertical angle theorem holds true.

Theorem: In a pair of intersecting lines the vertically opposite angles are equal. 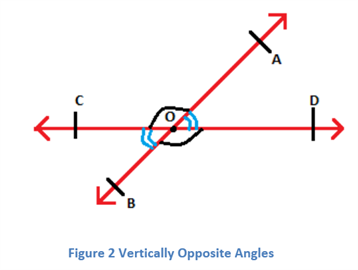 It can be seen that ray \(\overline{OA}\) stands on the line \(\overleftrightarrow{CD}\) and according to Linear Pair Axiom, if a ray stands on a line, then the adjacent angles form a linear pair of angles.

Thus, the pair of opposite angles are equal.

Consider the figure given below to understand this concept. 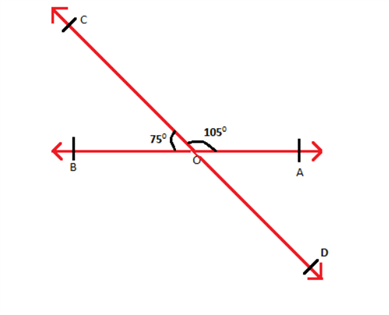 Learning has got no bounds. To explore more, download BYJU’S-The Learning App.