Genes are functional units of heredity.

Genes are functional units of heredity as they are made of DNA. Genes are passed or inherited from parents to their children. Genes are generally organized and packaged in components called chromosomes and genes are made up of either DNA or RNA, which regulates the traits of an organism.

The scientific study of genes, genome, heredity, cell cycle, inheritance is termed as Genetics. It is a branch of biology. William Bateson introduced the term genetics in the year 1905 and later, a Danish Botanist named Wilhelm Johannes coined the term GENE in the year1909. 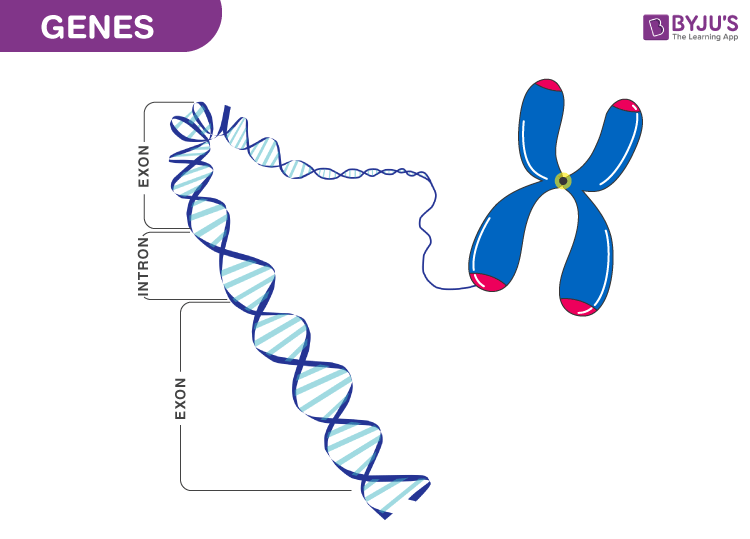 According to scientists’ theories, all living organisms on this planet Earth have certain similarities in their genes, because we all have a common ancestor we evolved from.

Humans are 95 per cent genetically similar to chimpanzees and are also genetically connected to other animals, including the cat, cattle, etc.

There are more interesting and amazing facts about genes, a few of them are discussed below point-wise.

Genes are responsible for heredity and all other characteristics we inherit from our parents.

A genome is a genetic terminology, which refers to the total complement of genes in a cell that can be stored in one or more chromosomes.

Each gene in chromosomes contains a piece of basic information required to build the specific proteins, which are essential for an organism.

There are about 29 to 30 thousands of genes in every cell of the human body and are responsible for hereditary and this is the reason why we all have similar characteristics from both the parents, such as the pigmentation of the eye, complexion, hair colour, etc.

A gene is a continuity of DNA that codes for a molecule that has a function. Each gene carries a particular set of instructions, which is usually in a coded format, used for an accurate function or for a distinct protein.

Genes come in different forms and are collectively called alleles. In humans, alleles of particular genes are arranged in pairs and each chromosome has a pair of alleles.

All of us humans are very much similar to each other and this might be because we all share about 99 per cent of the same genes. The remaining one per cent are responsible for our inherited personal traits from our parents.

There are two copies of genes inherited from each parent. These are known as alleles that play an important role in shaping the features of the individuals.

Identical twins have the same genetic code, but there are other factors, which may influence their development and end up with very different heights and other body features.

If the alleles of a precise gene are identical, then the organism is characterised as homozygous for that gene.

Genes are made up of DNA in most of the organisms. All the necessary information for the survival and reproduction of living things is present in genes. Each gene comprises a promoter, a coding region and a terminator.

If the alleles of a precise gene are different, then the organism is characterised as heterozygous for that gene.

Genes, along with the DNA are mainly used to determine the characteristics of living organisms.

These were a few facts about genes. To know more about genes, their functions, significance and other related topics and important questions, keep visiting our website at BYJU’S Biology.

Test your Knowledge on Genes!
Q5