where a is the lower limit and b is the upper limit.

dx is the integrating agent.

The equation indicates the integral of f(x) with respect to x. 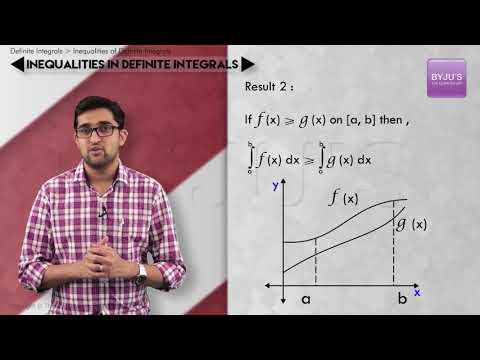 Definite Integral as the Limit of a Sum and its Formula

Consider a continuous function f in x defined in the closed interval [a, b]. Assuming that f(x) > 0, the following graph depicts f in x. From the first inequality, considering any arbitrary subinterval [xr-1, xr] where r = 1, 2, 3….n, it can be said that, sn< area of the region ABCD <Sn

Since, n→∞, the rectangular strips are very narrow, it can be assumed that the limiting values of sn and Sn are equal and the common limiting value gives us the area under the curve, i.e.,

From this, it can be said that this area is also the limiting value of an area lying between the rectangles below and above the curve. Therefore,

This is defined as the definite integral as the limit of a sum.

There are some properties of definite integral which could help to evaluate the problems based on it, easily.