Get the complete notes on arithmetic progressions class 10. These notes are useful for the students who are preparing for the CBSE board exams 2022-23. In this article, we will discuss the introduction to Arithmetic Progression (AP), general terms, and various formulas in AP such as the sum of n terms of an AP, nth term of an AP and so on in detail.

An arithmetic progression (AP) is a progression in which the difference between two consecutive terms is constant.

Thus, the standard form of the arithmetic progression is given by the formula,

Here, the common difference is calculated as follows:

Since the difference between two consecutive terms is constant (i.e., 3), the given progression is an arithmetic progression.

The formula to find the common difference between the two terms is given as:

an represents the nth term of a sequence

To know more about Finite and Infinite AP, visit here.

In Arithmetic progression, an is called the general term, where n represents the position of the term in the given sequence.

The nth term of an AP

The nth term of an A.P is given by Tn= a+(n−1)d, where a is the first term, d is a common difference and n is the number of terms.

Determine the tenth term of the arithmetic progression 2, 7, 12, ….

Now, substituting the values in the formula, we get

The general form of an AP

The formula for the sum to n terms of an AP

The sum to n terms of an A.P is given by:

Where a is the first term, d is the common difference and n is the number of terms.

The sum of n terms of an A.P is also given by

Where a is the first term, l is the last term of the A.P. and n is the number of terms.

The arithmetic mean is defined for any set of numbers. The numbers need not necessarily be in an A.P.

Basic Adding Patterns in an AP

The sum of first n natural numbers is given by:

This formula is derived by treating the sequence of natural numbers as an A.P where the first term (a) = 1 and the common difference (d) = 1.

For example, if we want to find the sum of the first 10 natural numbers, we can find it as follows:

Now, substitute the value in the formula,

All the formulas related to Arithmetic Progression class 10 are tabulated below:

For More Information On Sum of first n natural numbers, Watch The Below Video. 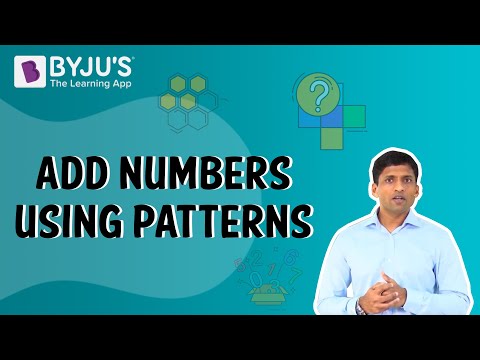 To know more about Sum of n terms of AP, visit here.

Test your knowledge on Arithmetic Progression For Class 10
Q5