CBSE Class 9 Maths Chapter 6 (Lines and Angles) Important Questions with solutions are given here, which can be easily accessed. These questions have been prepared by our experts for students of standard 9 to make them prepare for final exam 2021. All the questions are based on CBSE syllabus and taken in reference from NCERT book. Students can do their revision by practising the Important Questions for CBSE Class 9 Maths Chapter 6: Lines and Angles here and score good marks.

To revise the important questions chapter-wise for 9th Maths, reach us at BYJU’S. The chapter lines and angles will consist of topics such as angles formed after the intersection of two lines, linear pair of angles, complementary angles, etc. Let us solve the questions here to understand all the concepts.

From the given figure, we can see;

As we know, the sum of the linear pair is always equal to 180°

Substituting the value of ∠POY = 90° (as given in the question) we get,

Solving this we get

Similarly, b can be calculated and the value will be

From the diagram, b + c also forms a straight angle so,

Q.3: In the Figure, POQ is a line. Ray OR is perpendicular to line PQ. OS is another ray lying between rays OP and OR. Prove that ∠ROS = 1/2(∠QOS – ∠POS).

Q.4: It is given that ∠XYZ = 64° and XY is produced to point P. Draw a figure from the given information. If ray YQ bisects ∠ZYP, find ∠XYQ and reflex ∠QYP. 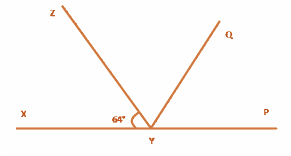 Here, XP is a straight line

substituting the value of ∠XYZ = 64° we get,

Since AB || CD GE is a transversal.

[Hint: Draw a line parallel to ST through point R.]

As we know, the angles on the same side of the transversal are equal to 180°.

Now, for the linear pairs on the line XY-

Q.7: In Fig. 6.33, PQ and RS are two mirrors placed parallel to each other. An incident ray AB strikes the mirror PQ at B, the reflected ray moves along the path BC and strikes the mirror RS at C and again reflects back along CD. Prove that AB || CD.

First, draw two lines BE and CF such that BE ⊥ PQ and CF ⊥ RS.

BE and CF are normals between the incident ray and reflected ray.

We also know that alternate interior angles are equal.

Here, BE ⊥ CF and the transversal line BC cuts them at B and C.

So, ∠2 = ∠3 (As they are alternate interior angles)

As we know, the sum of the interior angles of the triangle is 180°.

substituting the values as given in the question we get,

Now, As we know, ZO is the bisector so, 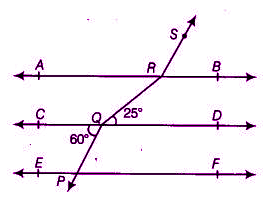 According to the given figure, we have

If a transversal intersects two parallel lines, then each pair of alternate exterior angles is equal.

We also know that,

If a transversal intersects two parallel lines, then each pair of alternate interior angles is equal.

Hence, the above equation can be written as: 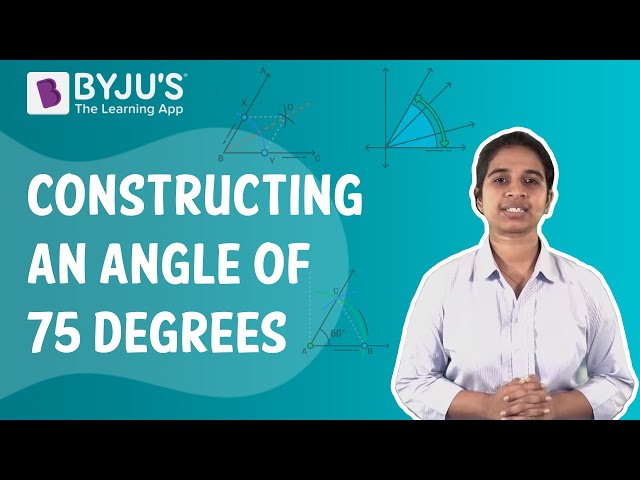 6. Can a triangle have all angles less than 60°? Give a reason for your answer.

7. Can a triangle have two obtuse angles? Give the reason for your answer.