Geometry is one among the significant and essential branches of mathematics. This field deals with the geometrical problems and figures which are based on their properties. One of the important theorems in the field of geometry that deals with the properties of triangles are called the Mid- Point Theorem.

The theory of midpoint theorem is used in coordinate geometry stating that the midpoint of the line segment is an average of the endpoints. Both the ‘x’ and the ‘y’ coordinates must be known for solving an equation using this theorem. The Mid- Point Theorem is also useful in the fields of calculus and algebra.

The midpoint theorem states that “The line segment in a triangle joining the midpoint of two sides of the triangle is said to be parallel to its third side and is also half of the length of the third side.” 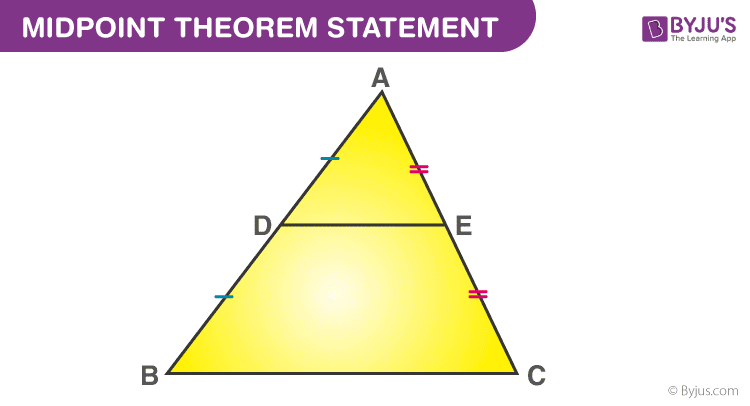 Consider the triangle ABC, as shown in the above figure,

Let E and D be the midpoints of the sides AC and AB. Then the line DE is said to be parallel to the side BC, whereas the side DE is half of the side BC; i.e.

Now consider the below figure, 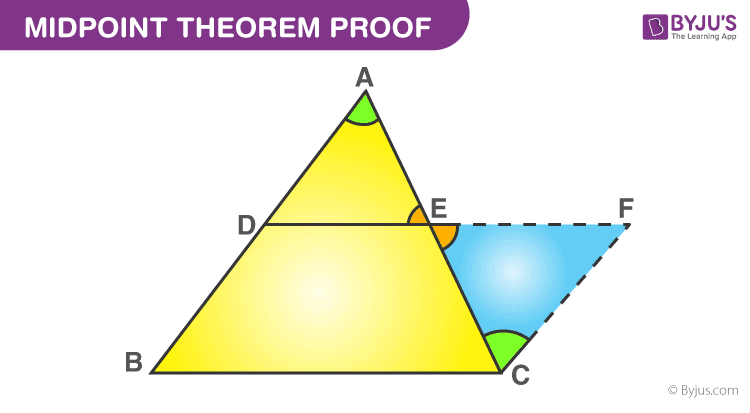 Construction-  Extend the line segment DE and produce it to F such that, EF = DE.

In triangle ADE and CFE,

Assume CF and AB as two lines which are intersected by the transversal DF.

In a similar way, ∠FCE and ∠DAE are the alternate interior angles.

Assume CF and AB are the two lines which are intersected by the transversal AC.

By the properties of a parallelogram, we can write

Hence, the midpoint theorem is  proved.

If P1(x1, y1) and P2(x2, y2) are the coordinates of two given endpoints, then the midpoint formula is given as:

The converse of MidPoint Theorem

The converse of the midpoint theorem states that ” if a line is drawn through the midpoint of one side of a triangle, and parallel to the other side, it bisects the third side”.

The example is given below to understand the midpoint theorem. 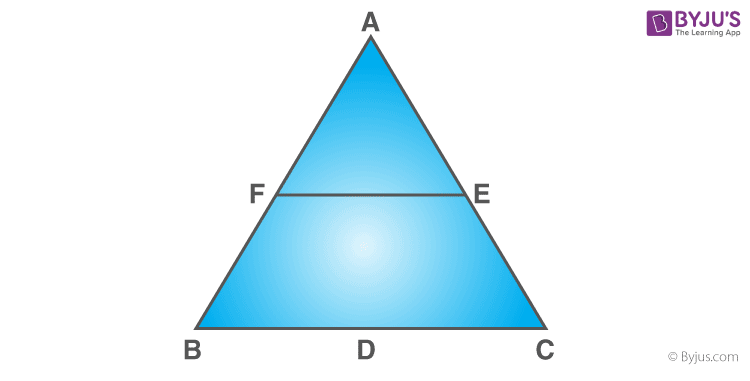 Substituting the value of BC, 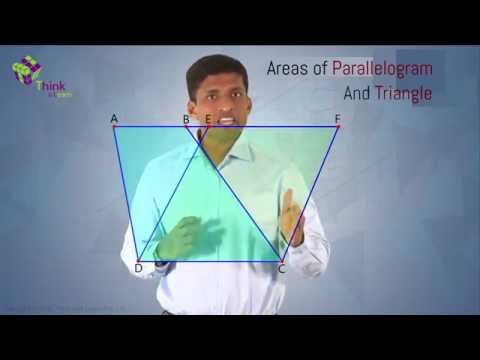