Pythagoras who was a mathematician was interested in mathematics, science, and philosophy. He was born in Greece in about 570 BC. He is famous for a property of triangles with a right angle i.e 900 angles, and the property is known as Pythagoras Theorem. In a right triangle, the hypotenuse is the side r, the side opposite the right angle. Adjacent to the right angle the shorter of the two sides is the side p. In this article, let us discuss what is Pythagorean triples, its formula, list, steps to find the triples, examples, and proof.

What are Pythagorean Triples?

The integer solutions to the Pythagorean Theorem, a2 + b2 = c2 are called Pythagorean Triples which contains three positive integers a, b, and c.

You can say “triplets,” but “triples” are the favoured term. Let’s start this topic by an introduction of Pythagoras theorem.

If a triangle has one angle which is a right-angle (i.e. 90o), there exists a relationship between the three sides of the triangle.

If the longest side (called the hypotenuse) is r and the other two sides (next to the right angle) is called p and q, then:

The sum of the squares of the other two sides is the same as the square of the longest side.

How to Find Pythagorean Triples?

These rules are as below: 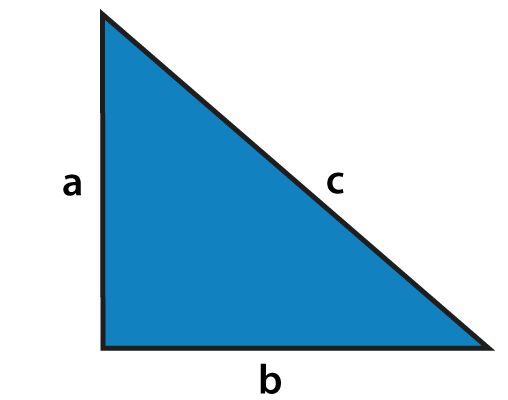 Look at the figure above

In the figure, at left,

Area of the inner square = b2.

Now we can conclude that

Simplifying, we get Pythagorean triples formula,

The difference between successive squares is successive odd numbers is a fact and suggests that every square is the sum of two successive triangular numbers.

And in this, the triangular numbers are the successive sums of all integers.

To explore more about this and other Mathematical Concepts, Subscribe to BYJU’S – The Learning App. 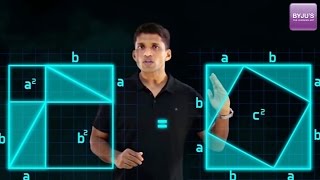