Rotation meaning in Maths can be given based on geometry. Thus, it is defined as the motion of an object around a centre or an axis. Any rotation is considered as a motion of a specific space that freezes at least one point. We know the earth rotates on its axis in real life, also an example of rotation. In Geometry, there are four basic types of transformations. They are

In this article, you will learn about one of the transformation types called “Rotation” in detail along with its definition, formula, rules, rotational symmetry and examples.

A rotation matrix is a matrix used to perform a rotation in a Euclidean space. In a two-dimensional cartesian coordinate plane system, the matrix R rotates the points in the XY-plane counterclockwise through an angle θ about the origin. The matrix R can be represented as:

If we want to perform the rotation operation using the rotation matrix R, the position of each point in the plane is represented by a column vector “v”, which contains the coordinate point. With the help of matrix multiplication Rv, the rotated vector can be obtained.

The below figure shows the rotational symmetry of a geometric figure.

Learn more about rotational symmetry along with examples here.

In this section, you can observe the real life examples of rotation that may denote the axis rotation.

In the above figure, the motion of a ceiling fan and the movement of a door shows the axis of rotation.

When it comes to the revolution, everyone is often confused with rotation. Most people think that rotation and revolution are the same. However, there is a difference between these two terms. This can be well explained with the example of rotation of Earth as shown in the figure given below: 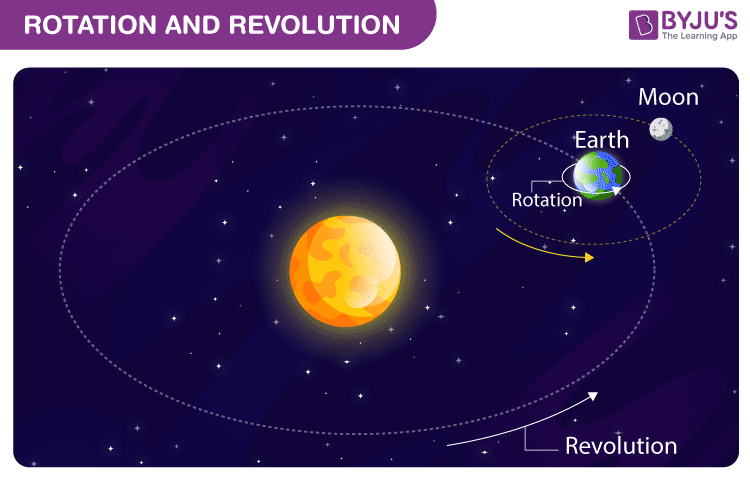 Watch the Below Video To Understand The Rotation Concept Using Patterns 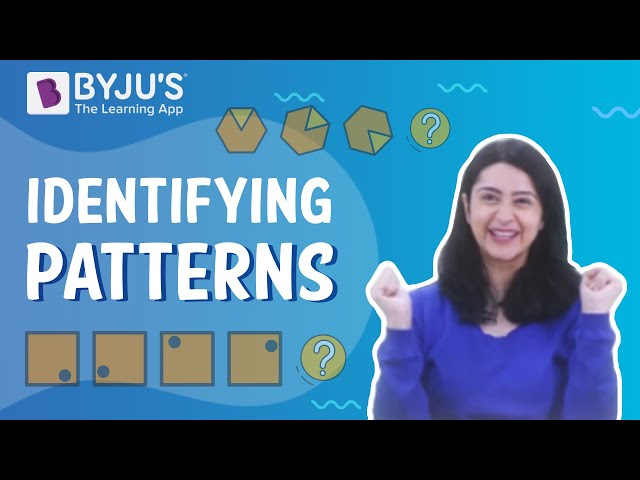 Stay tuned with BYJU’S – The Learning App for interesting maths-related articles and also watch personalised videos to learn with ease.

What is rotation in Maths?

The rotation is a type of transformation in Maths is the circular motion of an object around a centre or an axis or a fixed point.

What are the examples of rotation?

In real-life, we know the earth rotates on its own axis, which is an example of rotation.
A group of people holding their hands and forming a circle and walking in a clockwise or anticlockwise direction.
A globe of map rotating on its axis.

What are the types of rotation?

Test your Knowledge on Rotation
Q5