What are Trigonometry Angles?

Trigonometry angles are the angles given by the ratios of the trigonometric functions. Trigonometry deals with the study of the relationship between angles and the sides of a triangle. The angle value ranges from 0-360 degrees. The important angles in trigonometry are 0°, 30°, 45°, 60°, 90°, 180°, 270° and 360°. And the important six trigonometric ratios or functions are sine, cosine, tangent, cosecant, secant and cotangent.

Before discussing the trig angles, let us have a look at the definition of angle, and its related terminologies. Trigonometry is an important topic for Class 10, 11 and 12. Hence, it is required for students to learn the concept in a detailed manner to excel in the exam. Learn all the related trigonometric topics here with us at BYJU’S.

Because 2 π = 360°, the following conversion formulas has to be applied.

The special angles used in trigonometry are 0°, 30°, 45°, 60° and 90°. These are the common angles which are used while performing computations of trigonometric problems. Hence, it is suggested for students to memorise the values of trigonometric ratios (sine, cosine and tangent) for these angles, to do quick calculations.

The formulas for trigonometry angles are based on the four quadrants of a unit circle. See the figure below to understand. 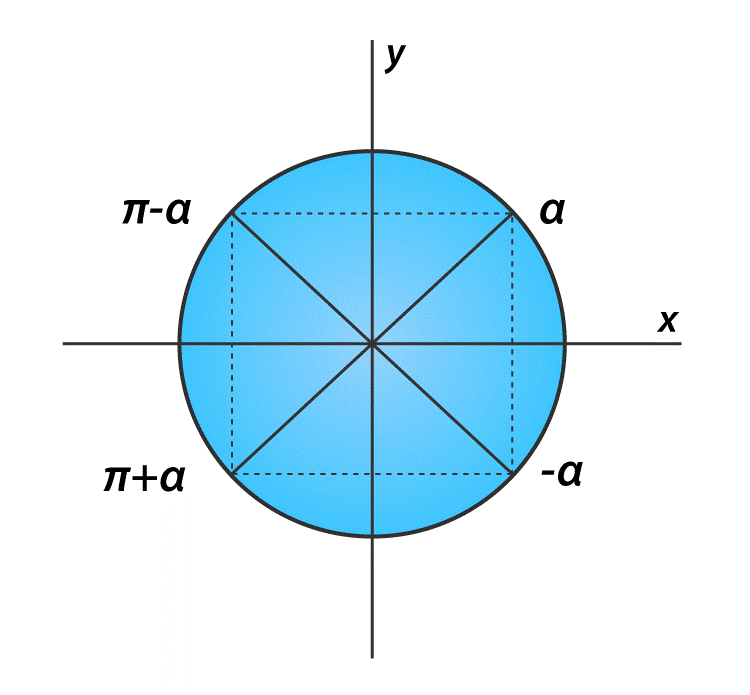 By putting the values we get;