The only reason to use Weibull distribution is because of its flexibility. Because it can simulate various distributions like normal and exponential distributions. Weibull’s distribution reliability is measured with the help of parameters. The two versions of Weibull probability density function(pdf) are

The standard Weibull distribution is derived, when μ=0 and α =1, the formula is reduced and it becomes

The formula is practically similar to the three parameters Weibull, except that μ isn’t included:

If γ > 1, the failure rate increases with time 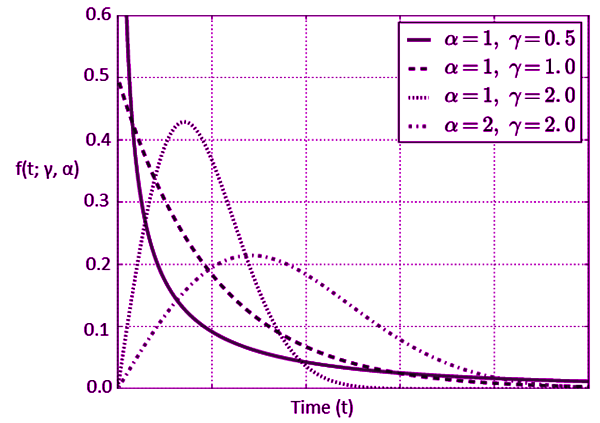 Some properties of Weibull distribution are:

The analysis is also applicable in the design stage and in-service time as well and it is not only limited to the production stage. Now, the techniques to perform the Weibull analysis process is done by statistical software programs.

Keep visiting BYJU’S to get interesting articles and related videos to understand the concept in an easy and engaging way.