Gasses: We Breathe In and Breathe Out

The air which we breathe in and breathe out is not pure oxygen or carbon dioxide respectively. As we all knew that our body and the cells inside it require more oxygen to respire and to perform its regular functions and our environment does not provide us with an exclusive supply of oxygen. In a similar way, while breathing out, we do exclusively give out carbon dioxide. Let’s know more about the composition of gases we breathe.

Composition of Inhaled and Exhaled Air

Gases we Breathe In

We all are aware that our atmosphere is a mixture of gases and it contains 78% nitrogen, 21% oxygen, 1% argon, 0.04% carbon dioxide, 0.5% water vapour. When we breathe in, we inhale the same mixture of gases contained in the atmosphere as our nose cannot filter out the oxygen from other gases. 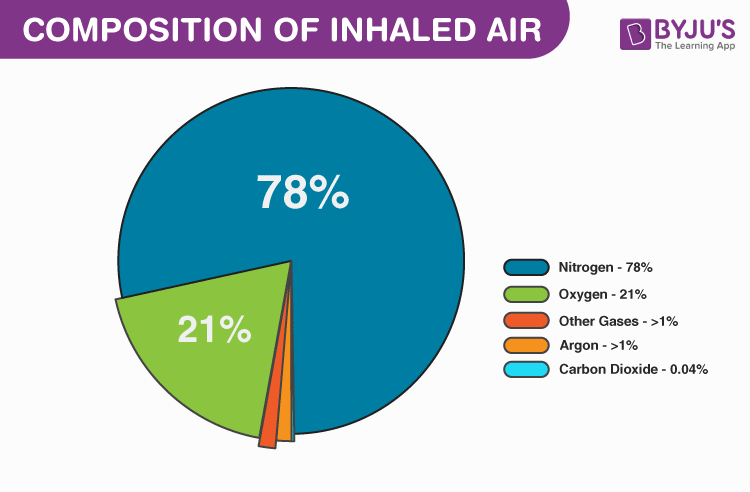 During the respiration process, the total composition of the air that we breathe in also depends on our surrounding environment. Let say, the underwater divers inhale air containing more oxygen or helium. Similarly, the spacesuits worn by astronaut supplies pure oxygen for them to breathe in space.

Gases we Breathe Out

Stand in front of a mirror and breath out. You will see a film of moisture appearing on the mirror surface. Have you ever wondered where do these water droplets come? It is the same air that we inhale. As mentioned earlier the air which we breathe in contains 0.05% water vapour. Therefore, the film of moisture formed on the mirror surface is because of the water vapour content in the air. 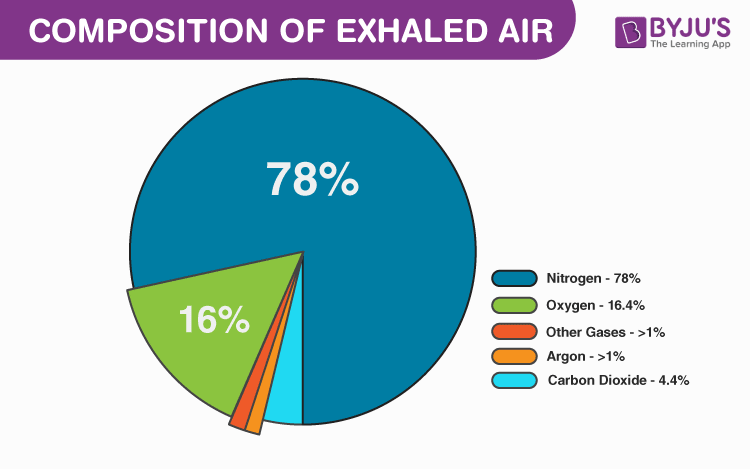 This was a brief introduction to the composition of gases during respiration. Stay tuned with BYJU’S to learn more about Gases