From macromolecules to biomes, tremendous diversity is exhibited in our biosphere not only at the level of species but also at the various levels of biological organizations. The term ‘biodiversity’ was popularized by Edward Wilson to describe the combined diversity at all levels. The most significant amongst them are – Genetic diversity, species diversity and ecological diversity. Biodiversity on earth is essential for the survival of mankind and its conservation, the need of the hour.

Given below are the questions on Biodiversity and Conservation Class 12 along with the detailed explanations for reference.

A.1. The following characteristics make a community stable:

Q.2. In the past, which factor would have caused a mass extinction of species?

A.2. As per scientists, the following would have triggered the mass extinction:

Q.3. What is the reason behind the vast diversity in Indian ecology?

A.3. It can be attributed to the geographical diversity in terms of differing topography such as rain forests, deserts, coral reefs etc, thereby resulting in different varieties of ecosystems with diversity.

A.4. Agricultural field of wheat or paddy

A.5. It is used to refer to the taxa with the highest risk of extinction.

Q.6. How can the prevailing rate of species extinction be declined by 30% solely through protection of biodiversity hotspots?

A.6. Hotspots are species-rich, precisely those under human threat hence protecting them can significantly decrease the rate of extinction. They can be preserved as sanctuaries and national parks.

Q.7. State a difference between endemic and exotic species.

A.8. The distribution and number of species in an area are referred to as species diversity whereas ecological diversity describes the diversity at the ecosystem level.

Q.9. What is the significance of genetic variation in the Rauwolfia vomitoria plant?

A.9. This plant is a source of drug reserpine which serves as a tranquillizer. Its genetic variation can be in terms of concentration of resperin and potency produced by the plant.

A.10. It is a collection of records or data of species with the risk of extinction maintained by the IUCN.

A.11. In a breeding population, it refers to the sum total of all the genes of every individual.

A.12. It is used to refer to fruit-eating animals.

A.13. International Union for Conservation of Nature and Natural Resources.

Q.14. What is a) Bioprospecting b)Endemism

A.14. a) It is used to illustrate the process of discovery and commercialization of new products basis the biological resources. b) Endemism attributes to the species that are unique to a specific region only. They are not found anywhere else.

Q.15. Write the common feature between species A and B. 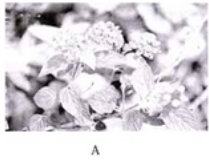 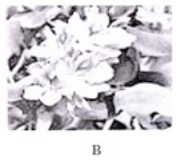 A.15. Both the plants are angiospermic flowering plants.

Q.16. Write the common feature between species A and B 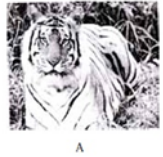 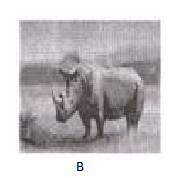 A.16. Both animals are preserved in their natural habitats.

Q.17. What is a biodiversity hotspot?

A.17. A biodiversity hotspot is a biogeographic region with a large amount of biodiversity that is threatened by human habitation.

Q.1. State how the current occurrence of species extinction is different from the earlier mass extinction.

A.2. Habitat loss and fragmentation. As it is caused by clearing and over-exploitation of forest land for urbanization and industrialization purposes. Overpopulation has destroyed forests and burdened forest resources. Larger habitats are split into smaller fragments causing birds and mammals to migrate in quest of larger territories thereby resulting in the population declination.

Q.3. How can the loss of one species lead to the extinction of another?

Q.4. Can diversity and productivity of a natural community be constant for over a hundred years?

A.4. No, it is not possible as natural habitat is never maintained in real, resources cannot be available in abundance always and environmental conditions for survival keeps fluctuating.

Q.5. Why is there greater biodiversity in subtropical/tropical regions than in temperate regions?

A.5. It is because these regions are not disturbed due to lesser variations in climatic conditions. This is why species had a longer evolutionary time for diversity. The environment in temperate regions is more seasonal and unpredictable, hence lesser species diversity.

Q.6. For assessment of biodiversity in bacteria, why are conventional methods unsuitable?

A.6. It is because bacteria cannot be cultured in normal conditions which makes it difficult to study their biochemical and morphological characteristics. Hence these are clubbed with a few more characteristics to assess the biodiversity of bacteria.

Q.7. What are the factors that determine a species as threatened?

A.7. The following criteria need to be used in categorizing a species as threatened:

Q.8. In comparison to other animal groups, why are amphibians more vulnerable to extinction?

A.8. It is because of the following:

Q.9. How do scientists estimate the total number of species on earth?

A.9. Through two methods:

Q.10. State two ways through which humans are benefitted from biodiversity.

A.10. We derive economic benefits from the diversity of entities, such as:

Q.11. Define endangered species with an example for endangered plant and animal species.

A.11. It is a population of species at the brink of extinction. Endangered animal – Siberian Tiger, Endangered plant – Venus fly trap

Q.12. Define sacred groves. What is their role in the conservation of biodiversity?

A.12. They are sacred tracts which are of utmost importance to local communities. They are devoted to ancestral spirits and local deities and are guarded by local communities through taboos and social traditions which includes ecological and spiritual values. They are rich in biodiversity nurturing the rare plant and animal species and are found in Aravalli hills, Meghalaya, western Ghats etc.

Q.13. Is more solar energy available at the tropics? Justify your answer.

A.13. Yes, it is true. It is because of the following reasons:

Q.1. Explain how species diversity of an area is reduced by the invasion of an alien species.

A.1. When alien species acquaint a particular habitat either purposely or inadvertently, some of these species resort to invasion thereby causing declination or extinction of native species. For instance – Lantana and water hyacinth have turned invasive, Invasion of Nile perch, a large predator fish, into Lake Victoria in East Africa led to an extinction of an ecologically unique collection of more than 200 species of Cichlid fish in the lake. As the Cichlid fish became extinct due to a lack of food, the predatory Nile perch died too.

Q.2. How can the loss of biodiversity be prevented?

Q.3. Besides the relationship used by Paul Ehrlich, can you arrive at a scientific explanation to explain the direct association between stability and diversity of an ecosystem?

A.3. It could be as follows: Consider a scenario where diverse species are growing, plants nurture a diversity of species on which an assemblage of insect species are dependent for their food requirements. The dependence severely affects the relying insect species due to unavailability of food, when this particular plant species die. Additionally, if the plant was a nitrogen fixer, the death of the plant would indicate no restoration of soil nutrients with nitrogen. This would also affect the growth of the plants. If this is followed and occurs regularly, it would put forward a negative impact on the whole ecosystem.

No, not in favour of levying a charge. However, it is necessary to understand what nature is offering for free. Misusing or overusing resources may impose a heavy cost.

Q.5. Why does diversity amongst species decline as we move away from the equator?
A.5. It is because a decline in temperature causes the state to become severe. There is a dip in the intensity and amount of solar radiations and also a decrease in the vegetation is observed. Availability of resources is less to support the assemblage of species. Harsh conditions make the adaptation and survival of species difficult, which results in a decrease of biodiversity as we approach the poles.

A.6. He suggested the hypothesis to understand the benefaction of species richness which he arrived at by comparing each species with rivet seen in the aeroplane body. It demonstrates that ecosystem to be an aeroplane and the species, the rivets holding together all the parts. If each passenger began to take rivets home (depicting species extinction), it may hardly affect the safety of the flight initially (representing stable functioning of the ecosystem), eventually, the plane becomes fragile and crash, implying species become endangered and ultimately extinct.

This was a brief on Biodiversity and Conservation.