The Nervous system is a specialized system in animals. This system aids in the coordination of voluntary and involuntary actions, reflex actions in our body. The nervous system consists of nerve cells (neurons). They transmit messages in the form of electrical impulses through neurons and convey to our sense organs. Let us go into more detail on the neural system.

Nervous coordination involves the participation of our sense organs, nerves, spinal cord, and brain. The changes, which occurs around us can be easily detectable by our sense organs. This is because the nervous system has neurons at their tips, which consist of dendrites, cell body, nucleus, and axon. The information detected by dendrites are converted into impulses and are passed onto the cell body. Axon collects these impulses. At the nerve ending, electrical impulses are converted into chemicals and released. The chemicals will be passed to the next neuron through a gap called a synapse. This is how one neuron transfers the messages to another neuron. 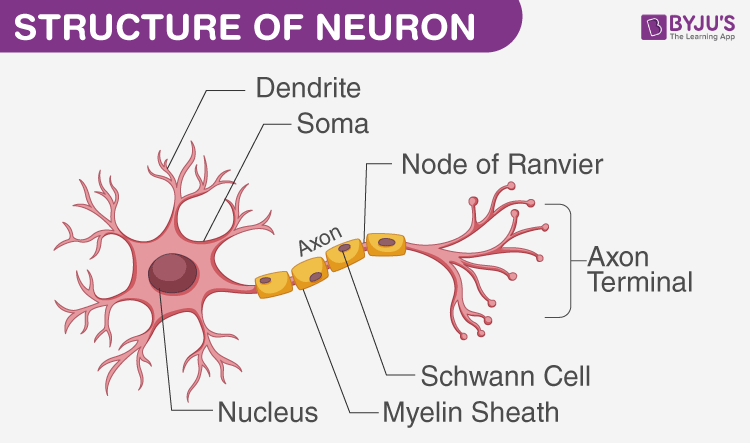 Reflex action or reflex is an involuntary action in response to a stimulus. This is a spontaneous action without thinking. For example, we adjust our eyes when exposed to bright light. The peripheral nervous system (PNS) is a system of nerves which connect the central nervous system (CNS) (includes the brain and spinal cord) with other parts of the body.  Reflex action is the result of the coordination of the spinal cord and peripheral nervous system. This action does not involve the brain. The pathway in which impulses travel during the reflex action is called a reflex arc.

When an action is produced with the involvement of thoughts, they are called voluntary action. It involves actions like walking, eating, jumping and running. These actions are produced consciously. Both spinal cord and brain are involved and these coordinate with PNS to generate necessary movements.

Learn more in detail about the nervous system, its structure, functions and other related topics at BYJU’S Biology.