Angles In A Pentagon

Sum of angles in a pentagon

Pentagon is formed from three triangles, so the sum of angles in a pentagon = 3 × 180°

Interior angles in a pentagon

The angles inside of a pentagon which are formed by two adjacent pairs of sides are called interior angles of a pentagon. 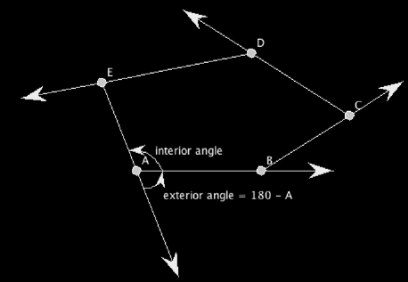 Angles in a regular pentagon

Measure of a central angle

The measure of central angle a regular pentagon makes a circle, i.e. total measure is 360°. If we divide pentagon into five congruent triangles, then the angle at one vertex of them will be 72° (360°/5 = 72°).

What angles are in a pentagon?

If all the five angles are acute angles, then the sum will be less than 450°.

Hence, this is not true for a pentagon, where the sum of all the angles = 540°

Find the value of x from the below given figure of pentagon. 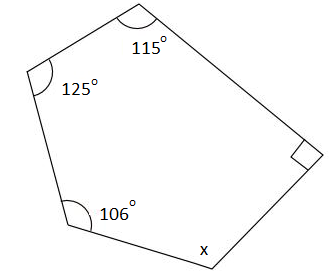 By angle sum property of a pentagon,

Test your Knowledge on Angles in a Pentagon
Q5