Bias is a statistical term which means a systematic deviation from the actual value. It is a sampling procedure that may show some serious problems for the researcher as a mere increase cannot reduce it in sample size. Bias is the difference between the expected value and the real value of the parameter. In this article, we are going to discuss the classification of bias and its different types. 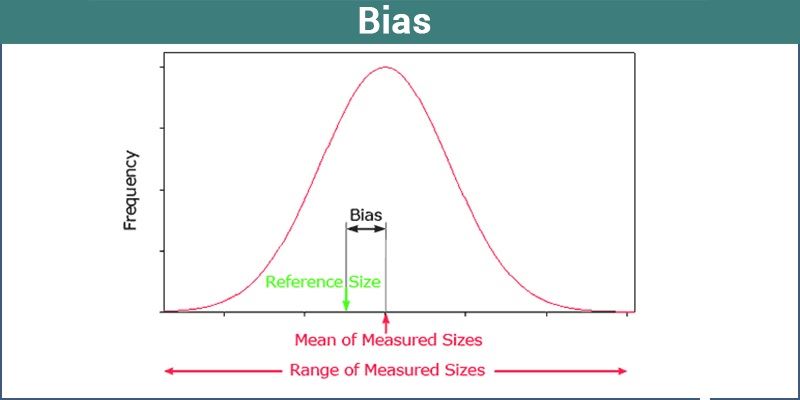 The following are the different types of biases, which are listed below-

The bias is mainly categorized into two different types

Measurement bias takes place for the duration of the carrying out the survey, and its consequences chiefly because of three reasons –

(i) The error happens while recording the data

While recording data, errors happen due to the malfunction of instruments that are used for data collection or because of ineffective handling of these tools by the researchers concerned with data collection.

The questions prepared for the survey might be put in a manner to lead the responses that are preferred by the researcher. There can be more choices for the preferred retort given than for the conflicting views.

There can be a situation when many responders may have misunderstood the question and chooses an incorrect option. If the sample groups were composed of numerous senior citizens and if they asked to give answers by remembering their previous experiences, they might be providing some false inputs because of deficiency of memory.

Non-representative sampling bias also referred to as selection bias. This inaccuracy occurs because of implementing random methods during the selection process. It results in an excess representation of some of the elements in the population. All the samples collected using convenience sampling are caused by bias. These type of situation are called under coverage bias.