It is a way to compare the results from a test to a “normal” population.

μ is mean and

For the average of a sample from a population ‘n’, the mean is μ and the standard deviation is σ.

How to Interpret z-Score

Here is how to interpret z-scores: 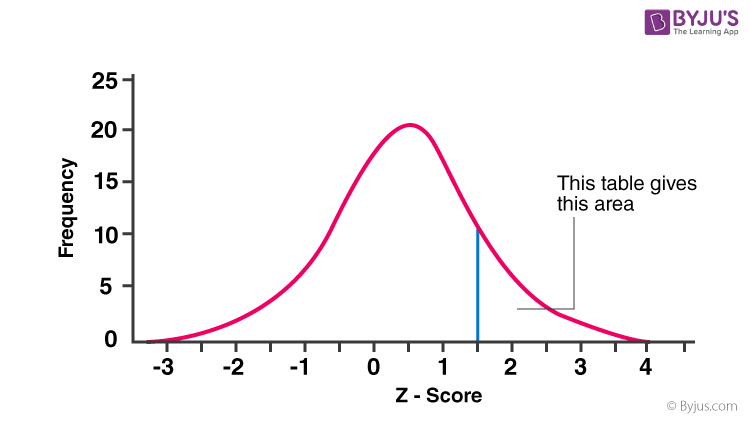 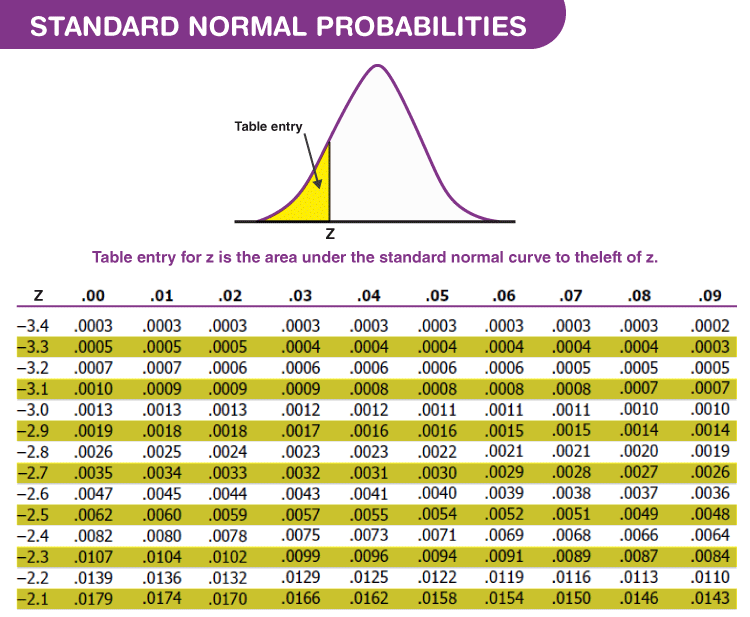 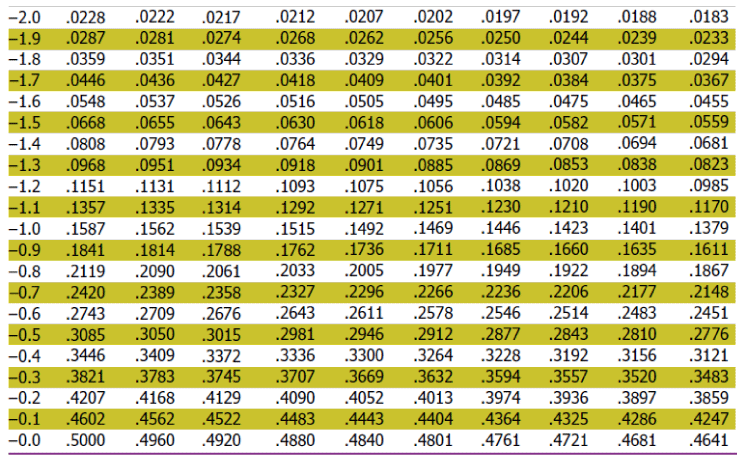 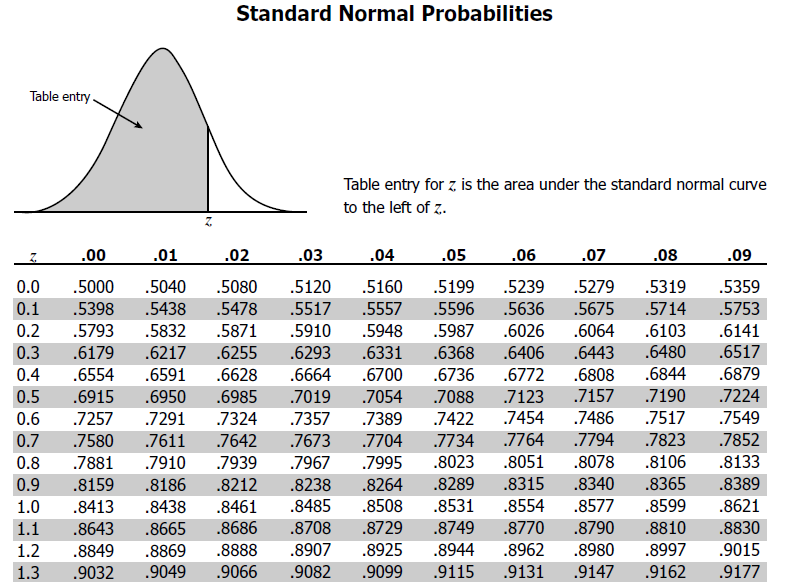 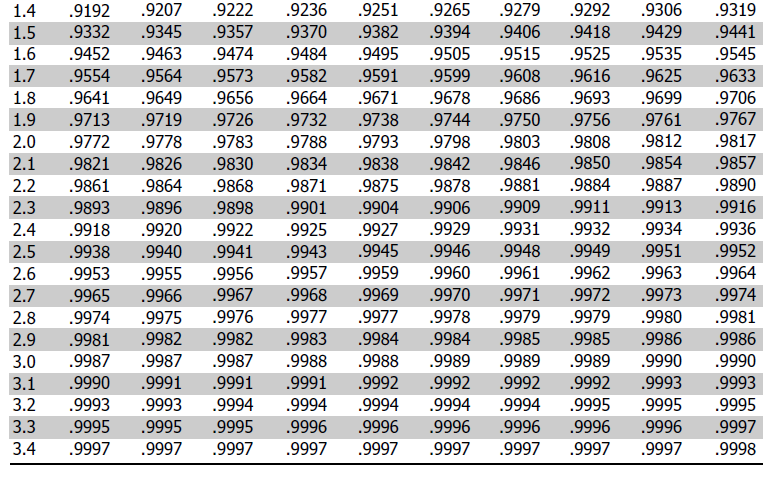 Let us understand the concept with the help of a solved example:

Example: The test scores of students in a class test has a mean of 70 and with a standard deviation of 12. What is the probable percentage of students scored more than 85?

Solution: The z score for the given data is,

From the z score table, the fraction of the data within this score is 0.8944.

What does the Z-Score Table Imply?

The z score table helps to know the percentage of values below (to the left) a z-score in a standard normal distribution.

What are the Types of Z Score Table?

There are two z-score tables which are:

What is Z Score and How is it calculated?

A z score is simply defined as the number of standard deviation from the mean. The z-score can be calculated by subtracting mean by test value and dividing it by standard value.

Where x is the test value, μ is the mean and σ is the standard value.