Roman Numerals is a special kind of numerical notations that were earlier used by the Romans. It is an additive and subtractive system in which letters are used to denote certain base numbers and arbitrary numbers in the number system and denoted using a different combination of symbols.
Table of Contents: 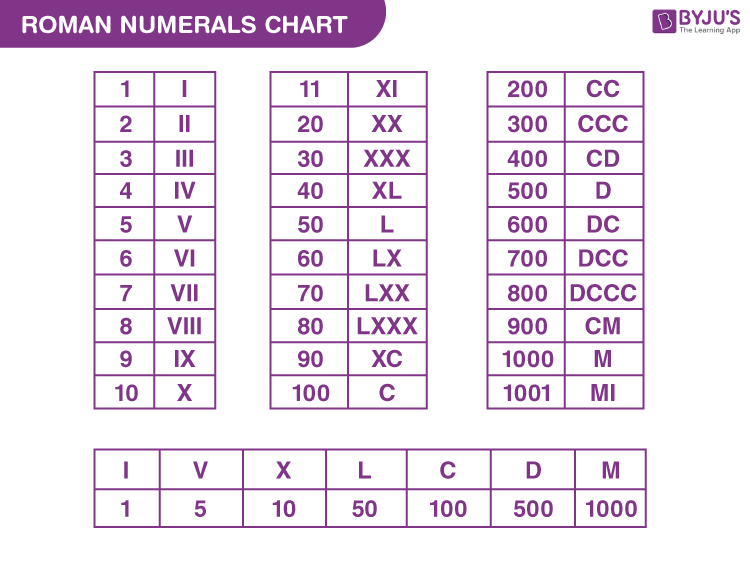 After practising the above list, you will be able to find the list of roman numbers from 100 to 1000 as well.

From the above table, we can see how the roman numbers have been calculated and expressed alphabetically.

We can easily convert any numbers into a roman form and conversely, any roman form into any number. Let us understand with the help of an example, Consider a number, 1984

Convert number into the roman form

Rules for forming the Numbers

Tips – Break the number into Thousands, Hundreds, Tens and Ones, and write down each in turn

The three primary rules for writing and reading Roman numerals:

2. If one or more letters are placed after another letter of greater value, add that amount.

3. If a letter is placed before another letter of greater value, subtract that amount.

Below are some basic Roman numerals as: 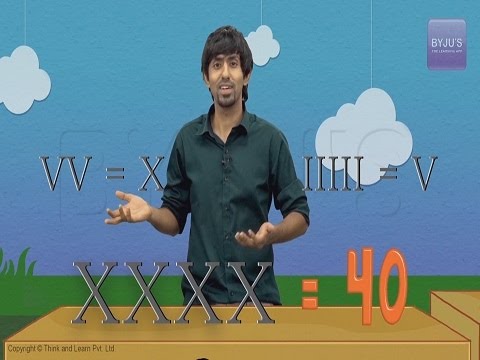 Convert any number into roman numerals easily with the help of  a simple roman numeral calculator  at BYJU’S.

In roman numerals, 100 is represented by C.

Write roman numerals from 1 to 10.

How do you write roman numbers?

What does the roman number XC equal to?

How to evaluate 800 in roman numeral?

What is the use of roman numerals?

Roman numerals are used for labelling the name or position of any object or a person.
For example, Sam came Ist in class.
Prince Charles III
Schools have Class 1st to Class Xth.
Test your Knowledge on Roman Numerals
Q5