Constructing Angles with a Protractor

Before talking about constructing angles with a protractor, let us quickly recall angles and their types. An angle is made when two rays start from a common point. This point is called the vertex of the angle and the two rays forming the angle are called its arms or sides. Depending on the inclination between its two arms, an angle may be acute (less than 90 degrees), obtuse (more than 90 degrees) or right-angled (exactly 90 degrees). Construction of angles is an important part of geometry as this knowledge is extended for construction of other geometric figures as well, primarily the triangles.

In this article, we will discuss

It is a semi-circular disc used to draw and measure angles. It is graduated from 0 to 180 degrees and can be directly used to measure any angle within the range. It has two sets of markings, 0 to 180 degrees from left to right and vice versa. 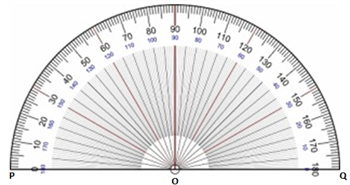 For constructing angles of any given measure, be it an acute, an obtuse or a right-angle, the simplest method is by using a protractor. Let us say, you are asked to construct an angle of 120 degrees. The required steps are: 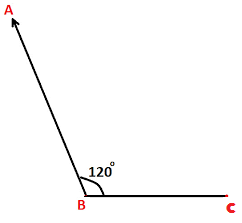 Constructing angles of unknown measure is basically copying a given angle whose measure is not known. We accomplish this task using the compasses. Let us say that you are given ∠BAC that you are supposed to copy. 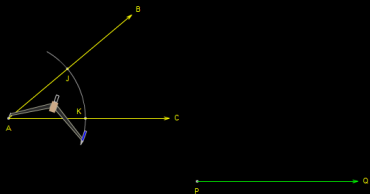 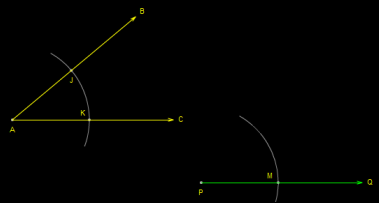 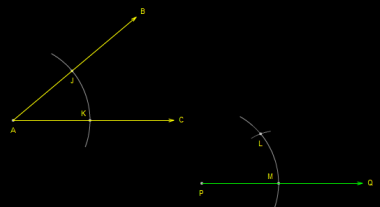 How to Construct 75 degree Angle