Stokes Theorem (also known as Generalized Stoke’s Theorem) is a declaration about the integration of differential forms on manifolds, which both generalizes and simplifies several theorems from vector calculus. As per this theorem, a line integral is related to a surface integral of vector fields. Learn the stokes law here in detail with formula and proof. 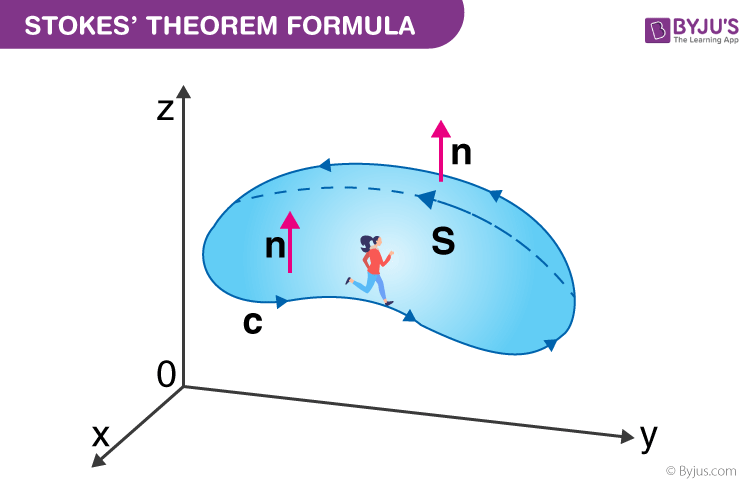 S = Any surface bounded by C.

F = A vector field whose components have continuous derivatives in an open region of R3 containing S.

This classical declaration, along with the classical divergence theorem, fundamental theorem of calculus, and Green’s theorem are exceptional cases of the general formulation specified above. 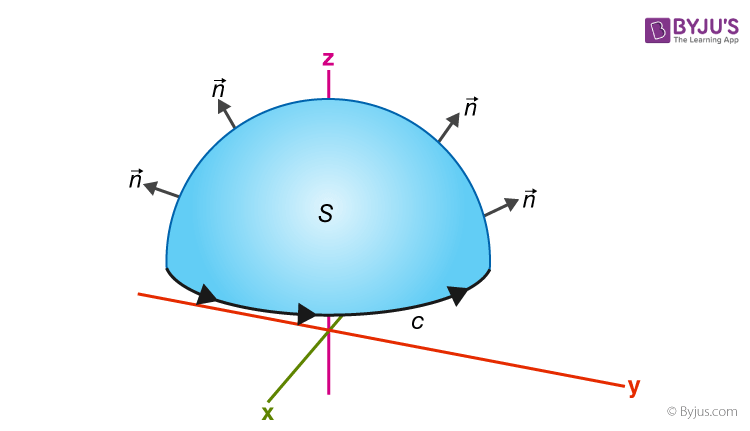 If you walk in the positive direction around C with your head pointing in the direction of n, the surface will always be on your left.

The line integral around S (the boundary curve) of F’s tangential component is equal to the surface integral of the normal component of the curl of F.

The positively oriented boundary curve of the oriented surface S will be ∂S.

Thus, stokes theorem can also be expressed as:

The Gauss divergence theorem states that the vector’s outward flux through a closed surface is equal to the volume integral of the divergence over the area within the surface. Put differently, the sum of all sources subtracted by the sum of every sink results in the net flow of an area.

Gauss divergence theorem is a result that describes the flow of a vector field by a surface to the behaviour of the vector field within the surface.

Where g has a continuous second-order partial derivative.

D is a simple plain region whose boundary curve C1 corresponds to C. 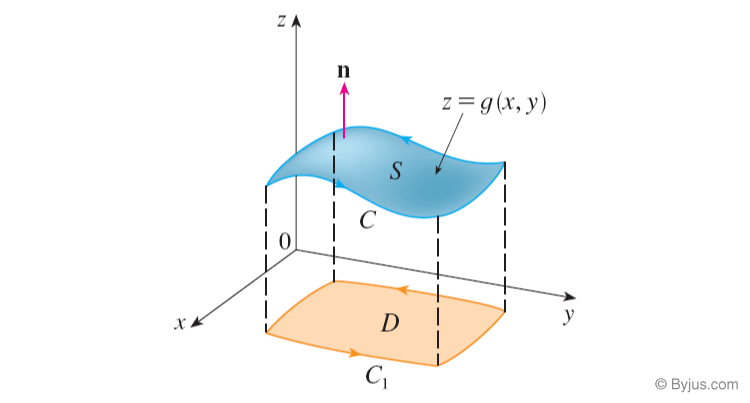 This can be explained easily with 3D air projection at BYJU’S – The learning app where all concepts like the same are explained in great detail. 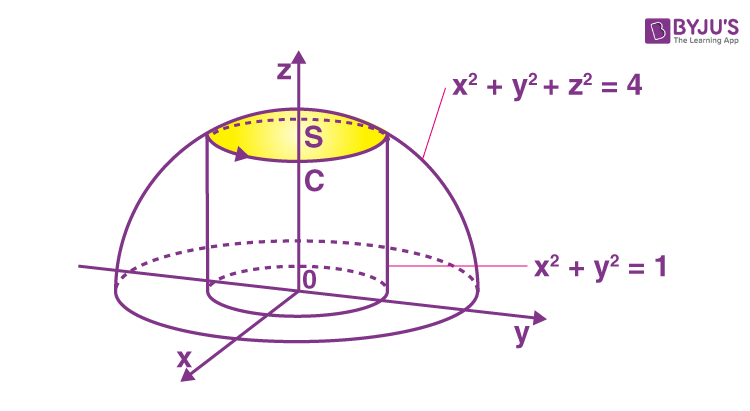 The vector form of C is given by: 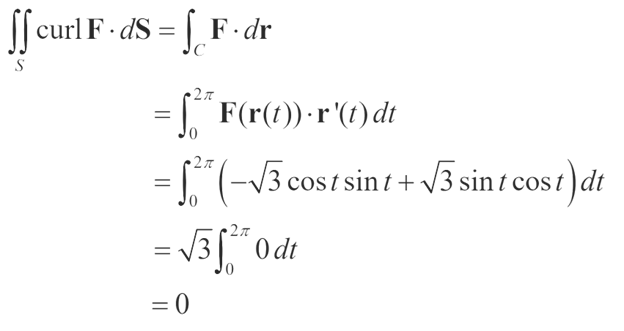 Find the below practice problems in Stokes theorem.