Variables And Constants In Algebraic Expressions

In Mathematics, an Algebra is a branch that deals with symbols, variables, numbers and the rules for manipulating it. It states the mathematical relationship are used to find the unknown value by creating expressions and equations. Now, consider the following algebraic expression, 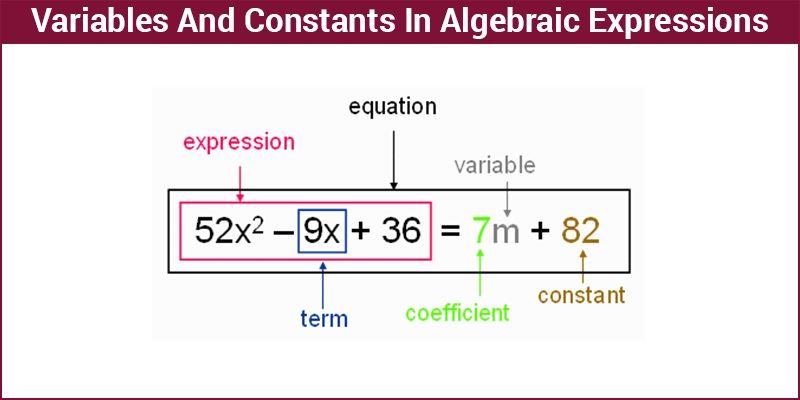 What is Constant in Maths?

A constant is a value or number that never changes in expression; it’s constantly the same. For example, in the figure given above 36 and 82 are constant because its face value is 36 and 82 respectively. Its value never changes. 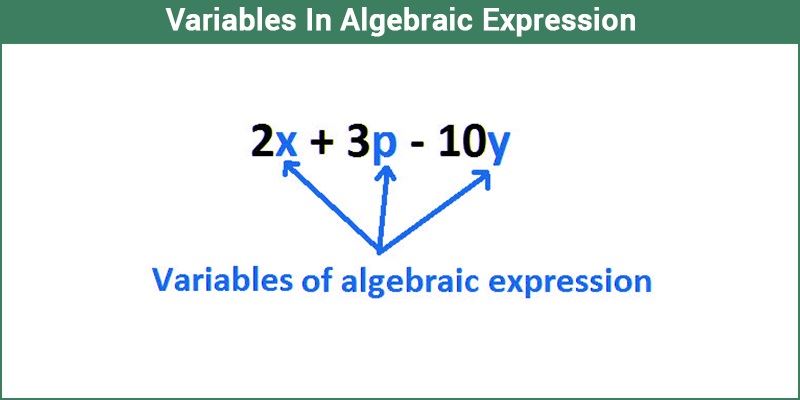 Then what are ‘x’ and ‘y’? They are varying quantities because you can substitute different values for these and therefore they are called variable. A variable is a letter representing some unknown; a variable always represents a number, but it carries varying values when written in an expression. By convention, mathematicians usually assign letters(not mandatory) at the end of the alphabet (such as x, y, and z) to be variables.

And what are algebraic expressions and terms? Is there a difference between the two? Let me give you an example. Let’s take an example of 2n and r².

Here 2n, r² and other examples like 4xy, 2x² and such are different terms. A term is a grouping together of one or more factors. Here multiplication is the only thing connecting the number with the variables.

Let’s take the number 4xy. Here 4, x and y are the factors of this number, where 4 is the coefficient or numerical factor. Didn’t understand? Okay, let me assign values. Let x = 2 and y = 3. Now, what is 4xy?

Quiz on Variables and constants in algebraic expressions
Q5