Nearly all organisms, including humans, are susceptible to bacterial infections. Before modern medicine, any cuts and bruises had the potential to be fatal. Even catching a common cold could have turned into a death sentence. Ways to combat microbial infections were almost non-existent, i.e., until the discovery of the first true antibiotic – penicillin. 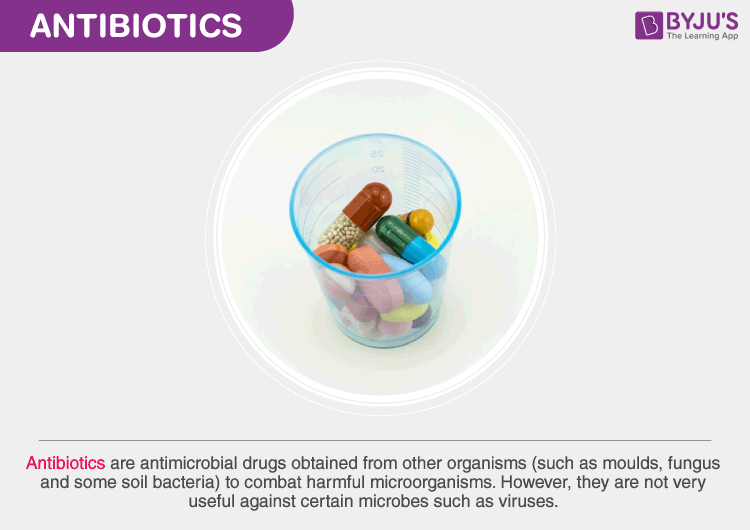 Antibiotics are antimicrobial drugs obtained from other organisms (such as moulds, fungus and some soil bacteria) to combat harmful microorganisms. However, they are not very useful against certain microbes such as viruses.

Antibiotics are produced on a large scale by the fermentation process. This is a chemical process which is induced by the microorganisms in a large tank. A large tank contains the growth medium that provides nutrition for the microorganism’s growth. Optimization of temperature, pH levels, oxygen and nutrient parameter in the fermentation tank is very crucial to produce antibiotics. After the completion of antibiotics production, they are extracted and purified through multiple physical processes. Finally, the purified antibiotics are converted into crystal form.

Today, the name antibiotic is synonymous with drugs that kill bacteria. And because of this, mortality rates have reduced and lifespan has increased.

These microbial infections can wipe out an entire population of organisms and that can adversely affect the ecosystem. For instance, anthrax is a disease that infects livestock and can spread to humans, which is often fatal unless it is treated.

Antimicrobial therapy is used to destroy or prevent the microorganism’s growth. However, it might not stop the damage that is already done. For example, the anthrax-causing bacterium Bacillus anthracis does not actually kill the host, instead, it is the toxins that are produced that does the deed. Antibiotics might kill the bacteria, but the toxins remain in the body and continue to cause damage.

Penicillin was first ever “true” antibiotic and it was discovered by a Scottish bacteriologist, Alexander Fleming in 1928. It was widely used to treat the different types of bacterial infections that plagued man. Ironically, Penicillin was an accidental discovery, but it was a landmark discovery in the field of medicine. Penicillin is acquired from a mould called Penicillium notatum (also known as Penicillium chrysogenum).

This is another type of antibiotic that can inhibit or kill bacteria. Developed in 1962, quinolones are made from a synthetic compound called nalidixic acid. Quinolones are usually the first line of treatment for bacterial infections that affect the urinary tract. It is also quite effective for sinusitis, bronchitis and pneumonia.

There are different types of penicillin, which are grouped based on their effectiveness.

The wild strain of microorganism is transformed into the mutant strain in order to increase the yield and quality of antibiotics. The improvement of biosynthetic pathway design and recombinant DNA techniques can be achieved in order to improve antibiotic production.

To know more about antibiotics and other related topics, please visit BYJU’S website.