Difference Between Epidermis and Dermis

Skin, the outermost layer of the human body serves as the body’s initial barrier against foreign particles. It is the largest organ of the human body and functions as a barrier between outside and inside environment. Skin is composed of different layers, cells, and tissues.

Human skin plays an important role in overall health and well-being, which is divided into three main areas namely: dermis, epidermis and hypodermis.

Here, in this article let us discuss the differences between dermis and epidermis. The main difference between epidermis and dermis lies in their structure.

The various differences between the two are given below in a tabular column. 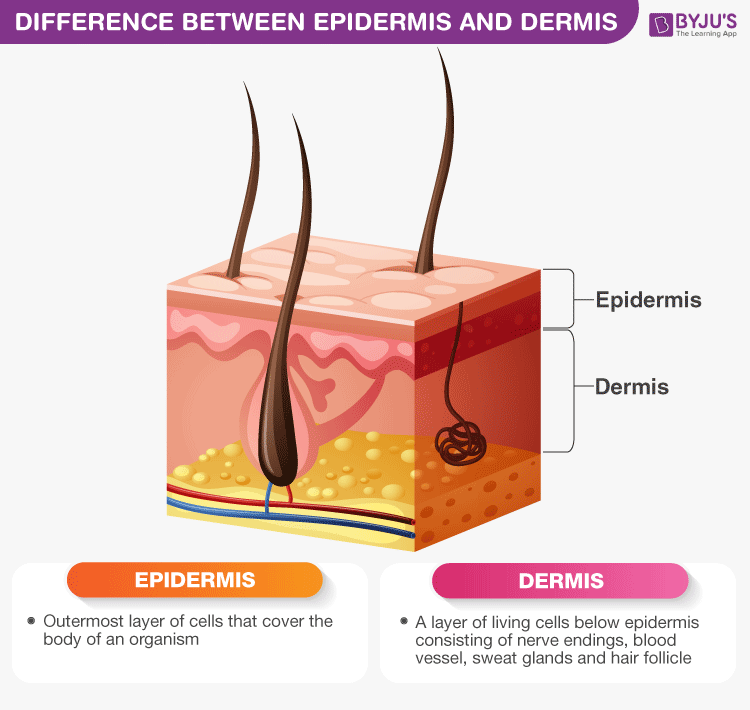 These were a few differences between dermis and epidermis.

The epidermis and dermis together form the basic body covering of the skin and both perform the function of protecting internal organs from dehydration, infectious diseases and other damages.

Learn more in detail about the Skin, Epidermis, Dermis, its structure, functions  and other related topics at BYJU’S Biology

Test your Knowledge on Epidermis And Dermis!
Q5