The animals belonging to the phylum Mollusca have soft-bodies, triploblastic and bilaterally symmetrical and coelomate. The study of Mollusca is called Malacology. They are sluggish invertebrates, with a thin fleshy envelope or mantle covering the visceral organs.

The term Mollusca was derived from the term given by Aristotle to cuttlefish. Mollusc means soft.

These organisms are found in the terrestrial as well as in deep seas. Their size ranges from microscopic organisms to organisms 20 metres long.

They play a very important role in the lives of humans. They are a source of jewellery as well as food. Natural pearls are formed within these molluscs.

The bivalve molluscs are used as bioindicators in the marine and freshwater environments. But few of them such as snails and slugs are pests. 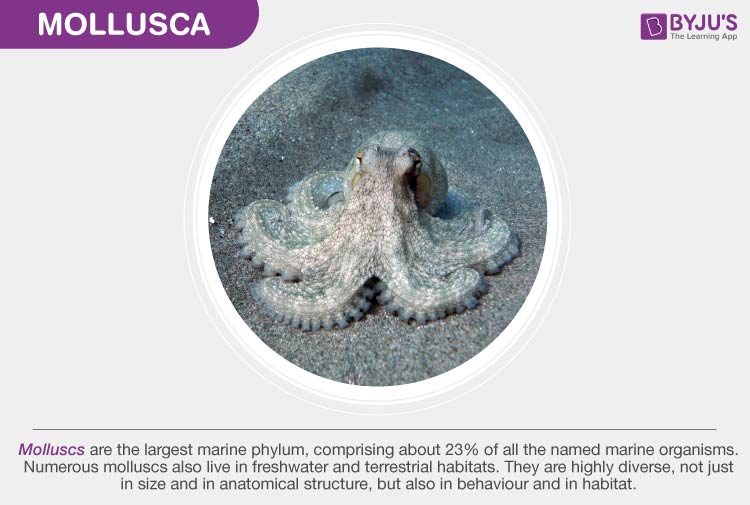 The organisms belonging to phylum Mollusca exhibit the following characteristics:

Following are the classification of Mollusca:

Following are a few examples of the animals belonging to phylum Mollusca:

Here is an overview of the phylum Mollusca that includes the classification of Mollusca, Mollusca characteristics, and Mollusca examples.

Test your Knowledge on Mollusca!
Q5