“Genius is 1 percent inspiration and 99 percent perspiration”. This is a famous quote by Thomas Edison. In fact, it is true in more than just one way; the more the work, the more one will perspire. Perspiration is commonly known as sweating; also called diaphoresis. It is the result of thermoregulation by the hypothalamus. They are released by millions of sweat glands present in the body. They provide the cooling effect for the body. But excessive sweating is a sign of certain diseases. 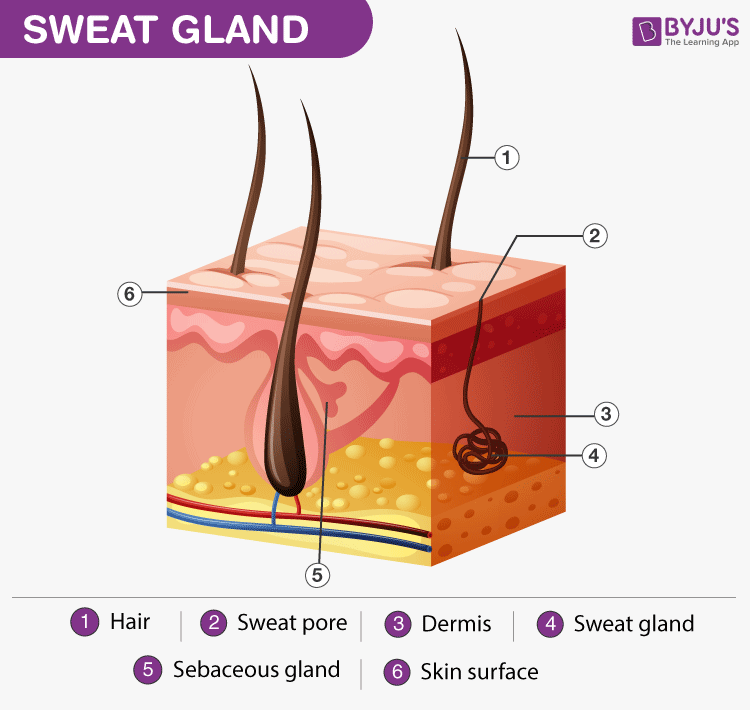 Ninety percent of sweat constitutes water where few amounts of chemicals such as urea, ammonia, salts and even sugar molecules are dissolved. These chemicals are the byproduct of protein digestion.

The skin of mammals consists of around four million sweat glands. They secrete fluids called sweat. They are of two types namely, the eccrine glands and apocrine glands; where eccrine glands are the most widely distributed.

The action of these glands varies from infant to adult and also from men to women. Even though the number of glands is same in infants and adolescents, most of them are inactive or partially active in kids. During puberty, these become fully active and start to produce more sweat. Despite the fact that women have many numbers of sweat glands; men have more active ones.

Sweating is an involuntary action which is under the control of the autonomic nervous system. This is a part of thermoregulation (regulation of body temperature) in the body. Face, armpits, palms of hands and soles of feet are certain common sweating areas.

Normal body temperature is 37˚C (98.6˚F) which is maintained by the hypothalamus found in the brain. During summer, this might increase more than the limit. This sends feedback to the brain which signals the hypothalamus to make the body cool and thus sweating happens. Sweat exits the body via pores on the skin and evaporates into the atmosphere. Since excess sweating could cause dehydration, it is suggested to take plenty of water to maintain the fluid balance in the body.

Sweat might turn stinky especially in adults. One reason for this stinginess is bacteria on the skin surface, and another is the hormones found in armpits.  Heat and humidity are not the only cause of sweating, other causes include excess work, exercises, hormonal and emotional fluctuations, spicy foods (gustatory sweating), and some medications and illness.

For more information on this topic, visit BYJU’S.