Examples of these particular laws of Boolean algebra, rules and theorems for Boolean Algebra are given in the following table. 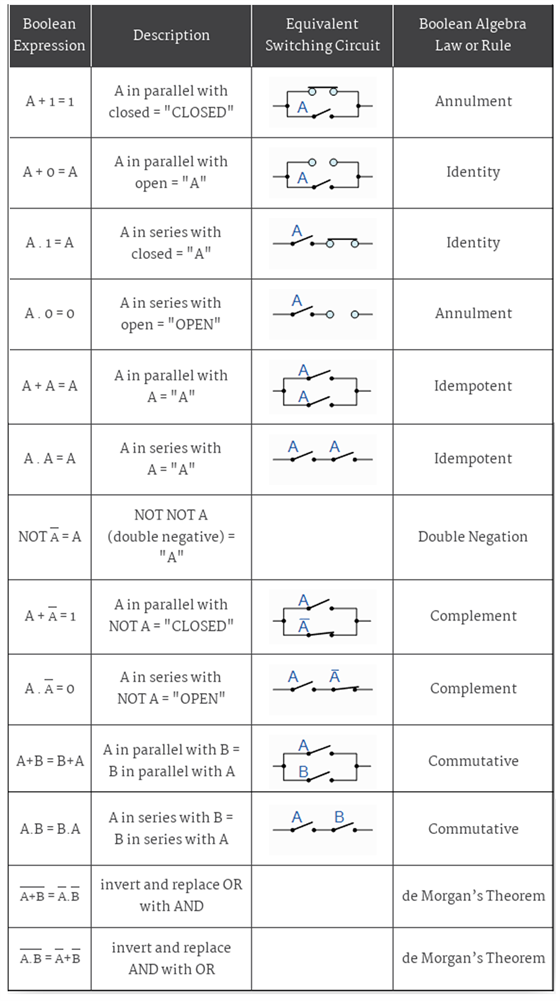