Multiplication And Division Of Integers

The arithmetic operation is a branch of Mathematics that involves addition, subtraction, division and multiplication on all types of real numbers including integers.

Integers are a particular kind of numbers that include negative numbers, positive numbers and zero and no fractions. Arithmetic operations on integers and real numbers are similar that can be either positive or negative.

Rules for multiplication and division of integers are explained below. 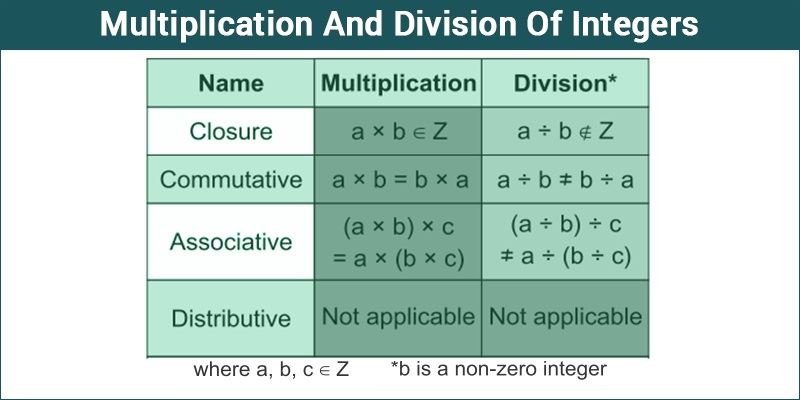 By definition, multiplication is the repeated addition of numbers. But the rules for multiplication of integers are different from that of addition. It includes three possibilities. They are:

Rule 1: The quotient of two positive integers will always be positive.

Rule 2: The quotient of two negative integers will always be positive.

Rule 3: The quotient of a positive integer and a negative integer will always be negative.

Quiz on Multiplication and division of integers
Q5