Two lines are said to be parallel when they do not intersect each other. We can also say, two lines that run along with each other and meet at infinity are called parallel lines. Lines cut by a transversal

In the below figure, the line c is not a transversal even if it intersects two lines a and b at O because it does not cut both of these lines at two distinct points. For a line to be transversal it must intersect two or more lines at separate points. Angle Relationship Between the Parallel Lines and Transversal 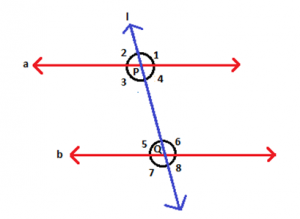 Based on the figure given above, we can create a table to show the pair of angles formed and their relationships.

Now, the question arises that how can we deduce if two lines are parallel or not? Is there any condition which demonstrates the parallel nature of two or more lines? Consider this situation. 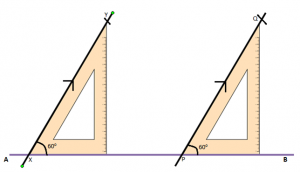 Interior Angle on the same side of transversal

The following conclusions can be made: