Regardless of the type of cell, all cells have some similarities in features. These include the cytoplasm, cell membrane, ribosomes, and DNA and RNA. Eukaryotic cells have a large assortment of structures and organelles.

Cell Membrane: This membrane works as a partially permeable barrier, permitting very few particles through it while enclosing most of the naturally formed chemicals within the cell. Electron microscopic inspections of the cell membranes are responsible for the growth of the bilayer model of lipid.

Cell Walls: Not every living being has a cell wall, particularly animals and animal-like protistans. Bacteria consist of cell walls comprising the chemical peptidoglycan. Cellulose, an indigestible (to humans anyhow) polysaccharide is the most common chemical in the primary cell wall of the plant. Some of the plant cells similarly have lignin and additional chemicals implanted within the secondary cell walls.

Nucleus: The nucleus is found only in eukaryotic cells. It is the site for most of the nucleic acids made by the cells, such as RNA and DNA. DNA (Deoxyribonucleic acid), is the bodily carrier of legacy and except plastid and mitochondrial DNA, every DNA is limited to the nucleus. RNA (Ribonucleic acid), is moulded in the nucleus by means of the DNA based sequence as a prototype. RNA travels out within the cytoplasm where it helps in the assemblage of proteins. The nucleolus is a part of the nucleus where ribosomes are fabricated.

Vacuoles and vesicles: Vacuoles are organelles that have a single-membrane and are situated inside the cell. The single membrane is characterized in plant cells as a tonoplast. A lot of creatures use vacuoles as storing areas. Vesicles are smaller than vacuoles and function in carrying materials both inside and outside of the cell.

Ribosomes: Ribosomes are the spots of protein formation. They are not bounded by the membrane and therefore are found equally in eukaryotes and prokaryotes. Eukaryotic ribosomes are a touch bigger than prokaryotic cells. Anatomically, the ribosome contains a minor and major sub-unit. Biochemically, the ribosome contains rRNA (ribosomal RNA) and some 50 structural proteins.

Endoplasmic reticulum: It is a network of interlinked membranes that assist a function concerning protein transport and synthesis. Rough ER (Rough endoplasmic reticulum) is so-called due to its rough exterior owing to the several ribosomes that are found along with the ER. Rough ER attaches to the nuclear envelope from where the emissary RNA (mRNA) that is the outline for proteins journeys to the ribosomes. Smooth ER does not have the ribosomes.

Golgi apparatus and Dictyosomes: Golgi Complexes, are compressed stacks of membrane-bound pouches. Camillo Golgi, an Italian biologist, revealed these structures in the 1890s, though their exact role in the cell was not decrypted. Golgi functions as a packaging part and modifies the vesicles which are produced by the rough endoplasmic reticulum. The new membrane is developed in various cisternae (layers) of the Golgi.

Lysosomes: They are comparatively big vesicles fashioned by the Golgi. They comprise of hydrolytic enzymes that can lyse the cell. Contents of Lysosome come into use in the extracellular breakdown of materials.

Mitochondria: They contain their own DNA and are thought to represent organisms like bacteria that are incorporated into eukaryotic cells. Their utility is as the site of energy discharge and ATP formation (by the process of chemiosmosis). The mitochondrion has been labelled as the powerhouse of the cell. The Mitochondria has two membranous sheaths. The inner cell membrane folds into a sequence of cristae that are the planes on which ATP (adenosine triphosphate) is created. The matrix is the zone of the mitochondrion that is surrounded by the internal mitochondrial membrane. Mitochondrial DNA and Ribosomes are found in the matrix.

Mitochondria and Endosymbiosis: Lynn Margulis proposed the concept of endosymbiosis in the 1980s to clarify the basis of chloroplasts and mitochondria from permanent prokaryotes.

Plastids: They are organelles that exist in plants and photosynthetic eukaryotes and are bounded by the membrane. Leucoplasts also recognized as amyloplasts store starch and sometimes oils or protein. Chromoplasts keep pigments that are associated with the bright colours of flowers or fruits. 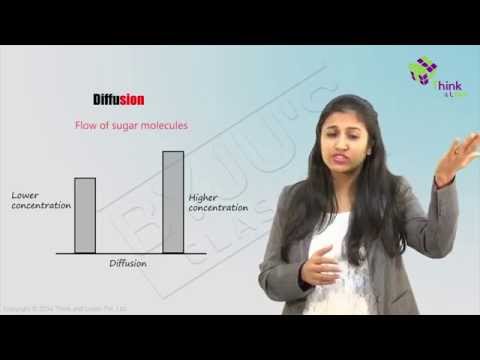