Comparative anatomy is a study of the differences and similarities in the anatomy of two species. In general, it includes a comparison of body structures of two species. It is similar to phylogeny and evolutionary biology. Evolution is nothing but a genetic change that occurs in a population over time. As a result, the offsprings look much different from their parents. It is caused due to the shuffling of genes resulting in a new trait thus helping the organism to survive.

This field is mainly constrained to the study of vertebrate animals. But how do we witness the evolution that has occurred several million years ago? Through an enormous amount of evidence that witnesses the occurrence of evolution. Comparative anatomy is one among the type of evidence.

Homologous structures are similar in two organisms which have the same ancestors but the functions performed may or may not be the same. For instance whales, birds and humans all possess the same arm bone structure.

Another example of the homologous structure is forelimb structure that is similar to whales and cats. At first glance, we may not think that humans and whales are closely related but several million years ago there existed an ancestor that was similar to both humans and whales. The offspring that evolved was a new species. Furthermore, even newer species were evolved from those species. 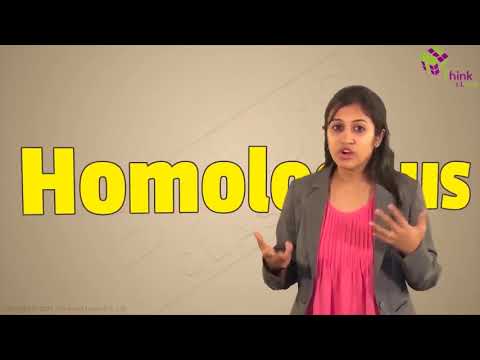