What is Diabetes Mellitus?

Diabetes mellitus is a chronic condition or a disease that affects the body’s ability to use the energy found in the food. It is referred to as Diabetes. It is the condition where the pancreas gland does not generate enough insulin required by the body to regulate glucose metabolism. 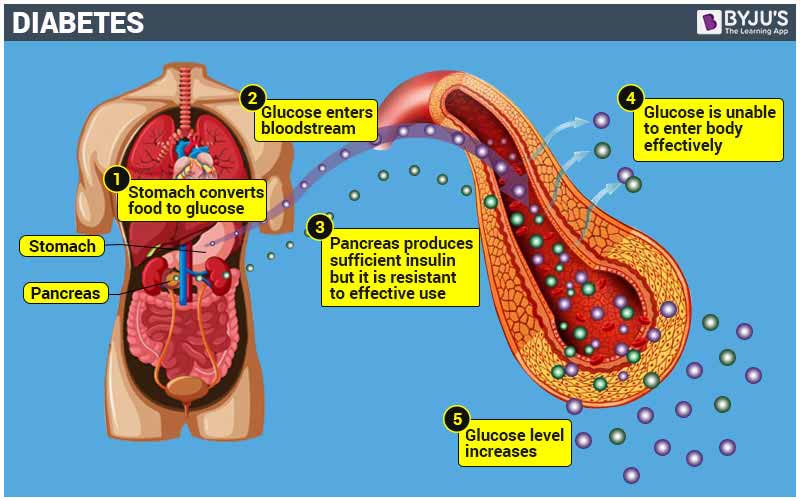 The body breaks down the carbohydrates and sugar and then converts it into a special sugar called Glucose. This glucose is used to fuel up the body. But our body needs insulin, to convert this glucose into glycogen. During this condition, the body does not produce insulin, hence it leads to high blood sugar levels in the body which are called as Diabetes Mellitus. This condition is usually related to the pancreas, an organ which is involved in producing insulin.

The two classes of Diabetes Mellitus :

Gestational diabetes – It is a type of diabetes which usually occurs when a pregnant woman develops high blood sugar levels without a previous history of diabetes.

The smallest blood vessels of the body are damaged due to the production of high blood sugar levels. This, in turn, leads to the decrease in the blood flow level in the body resulting in the death of tissues.This condition also affects the other parts of the body such as the heart, kidneys, nervous system etc. Hence it has a large effect on the immune system of the body by completely damaging it.

Hence by proper treatment and care, this disease can be considerably reduced to merely good extents.