Difference Between Neurosis and Psychosis 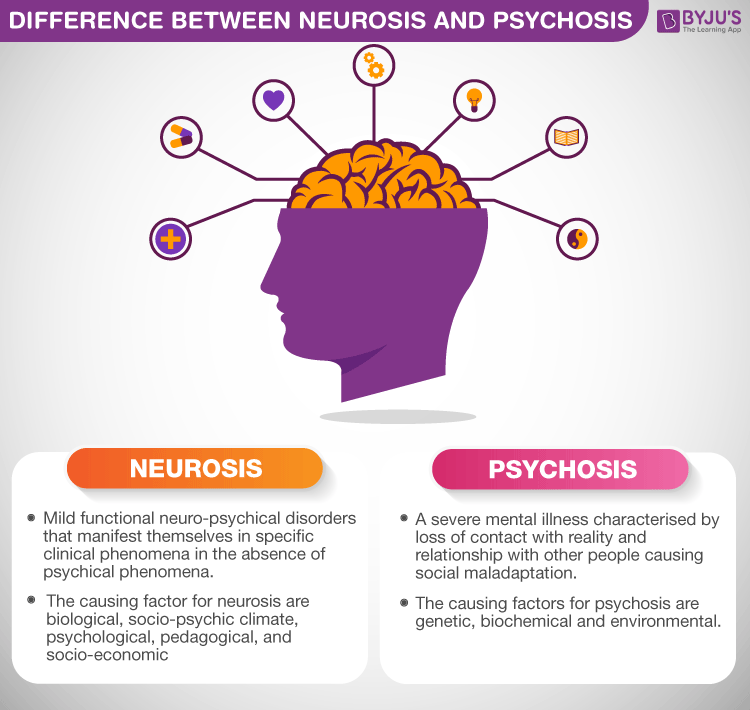 Neurosis and Psychosis are different types of mental disorders.

Neurosis is a mild mental disorder NOT arising from organic diseases – instead, it can occur from stress, depression or anxiety.

Psychosis is a major personality disorder characterised by mental and emotional disruptions. It is much more severe than neurosis – often impairing and debilitating the affected individual.

Difference between Neurosis and Psychosis.

The following are some major differences between psychosis and neurosis.

Visit BYJU’S, to learn more differences like the difference between epidemic and pandemic.

Test your Knowledge on difference between neurosis and psychosis
Q5