Asexual reproduction is mainly carried out by budding and also by gemmulation. The internal buds, which are formed by the freshwater sponges are called gemmules. These gemmules are tough and coated with a dormant cluster of embryonic cells. Freshwater sponges are multicellular, marine living species of a Kingdom Phylum – Porifera. The species of this kingdom includes sponges, Ficulina ficus, sea sponges and much more. All the species related to the same kingdom and carry the same characteristic features. 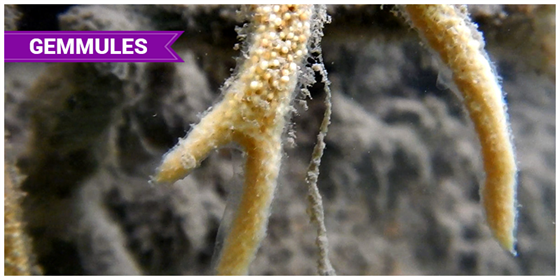 The Role of Gemmule in Sponge Reproduction

The internal buds, gemmules are resistant to dehydration, freezing and can survive even without an oxygen supply. The outer layer of the gemmule is enclosed and protected with the endospore that is surrounded by a layer of spicules, which helps the gemmule from all other unfavourable environmental conditions and also helps gemmules in growing into an adult freshwater sponge. 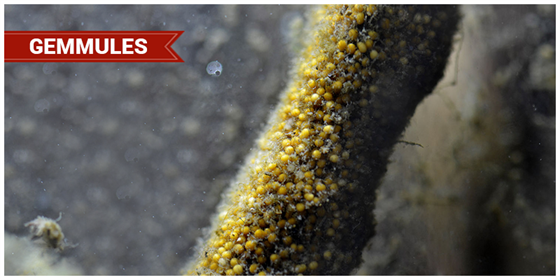 Gemmules are usually found in a round or a ball-like structure, along with a central mass of amoeboid cells and a thick peripheral layer of a small siliceous spicule.

The structure of Gemmules includes Micropyle, Spicule, Inner layer, Archaeocytes and an Outer pneumatic layer. The micropyle is an outer coat of a cell with a minute opening and the peripheral layer is made up of a thick pneumatic layer and air chambers, which helps gemmules to float in water bodies. The Archaeocytes are reproductive cells and the spicule is the sharp-pointed structure, which is involved in protecting the gemmules from predators and also provide structural support to the gemmules.

Gemmule is produced by few genus of freshwater sponges such as Spongilla and some marine species including ficulina ficus, sea sponges, and other poriferans, which produces gemmules to survive in the unfavourable conditions and to germinate and produce new sponges.

During gemmule formation, the archaeocytes- totipotent cells, which are loaded with food material in the form of glycoprotein or lipoprotein get combined into a mass.  An amoebocyte – a cell with motility, move and surround the central mass of archaeocytes and starts to secrete thick solid chitin around archaeocytes and forms a layer around it.  Amphidisc spicules are secreted by sclera oblasts in between the internal and external membranes. A completely formed gemmule is normal in size, hardball like structure, having a mass of food loaded with reproductive cells, which are embedded in a double membrane layered thick envelope with amphidisc spicules in between. There is a minute opening called Micropyle through which the cells come out during development in favourable conditions.

During autumn, freshwater sponges die by leaving behind numerous gemmules. These gemmules produced by the sponges remain active by withstanding unfavourable environmental conditions both in winter and summer season. Gemmules begin to develop into new sponges when there is an availability of an abundance of water.

Learn more in detail about what is stomata, its structure, functions and other related topics at BYJU’S Biology.

Test your Knowledge on Gemmule!
Q5