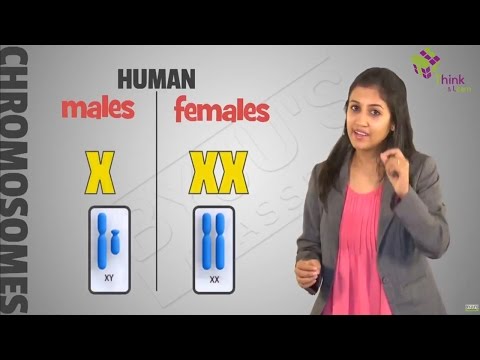 The search for Genetic material started during the mid-nineteenth century. The principle of inheritance was discovered by Mendel. Based on his investigation, Mendel concluded that some ‘factors’ are transferred from one generation to another. Mendel’s Law of Inheritance was the basis for the researchers on genetic material. Keeping his conclusions in mind, scientists who came after him, focused on chromosomes in search of genetic material. Even though the chromosomal components were identified, the material which is responsible for inheritance remained unanswered. It took a long time for the acceptance of DNA as the genetic transformation. Let’s go through a brief account of the discovery of genetic material and Griffith experiment.

During the experiment, Griffith cultured Streptococcus pneumoniae bacteria which showed two patterns of growth. One culture plate consisted of smooth shiny colonies (S) while other consisted of rough colonies (R). The difference was due to the presence of mucous coat in S strain bacteria, whereas the R strain bacteria lacked them. 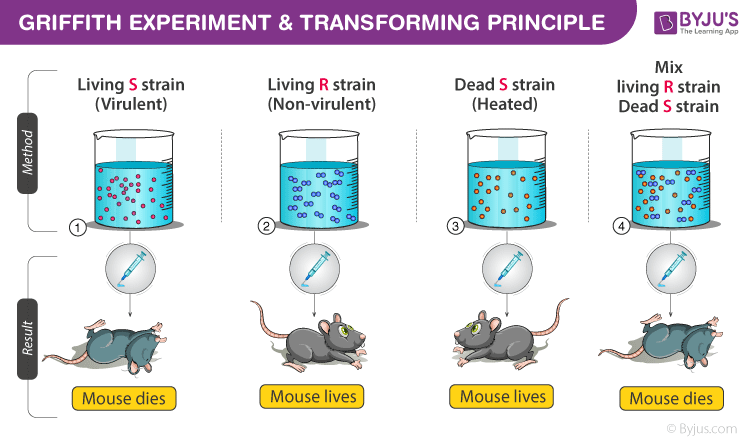 Avery and his team extracted and purified proteins, DNA, RNA and other biomolecules from the heat-killed S strain bacteria. They discovered that DNA is the genetic material and it is alone responsible for the transformation of the R strain bacteria. They observed that protein-digesting enzymes (proteases) and RNA-digesting enzymes (RNases) didn’t inhibit transformation but DNase did. Although it was not accepted by all, they concluded DNA as genetic material.

For more details on hereditary material and difference between DNA and RNA, visit BYJU’S.

What was Griffith’s experiment and why was it important?

Griffith’s experiment was the first experiment which suggested that bacteria can transfer genetic information through a process called transformation.

What is the conclusion of Griffith experiment?

The experiment concluded that bacteria are capable of transfering genetic information through transformation.

What was the most significant conclusion of Griffith’s experiments with pneumonia in mice?

The experiment conducted by Griffith found that bacteria are capable of transfering genetic information through transformation.

What did Frederick Griffith want to learn about bacteria?

Frederick Griffith wanted to learn if bacterial transformation was possible.

How did the two types of bacteria used by Griffith differ?