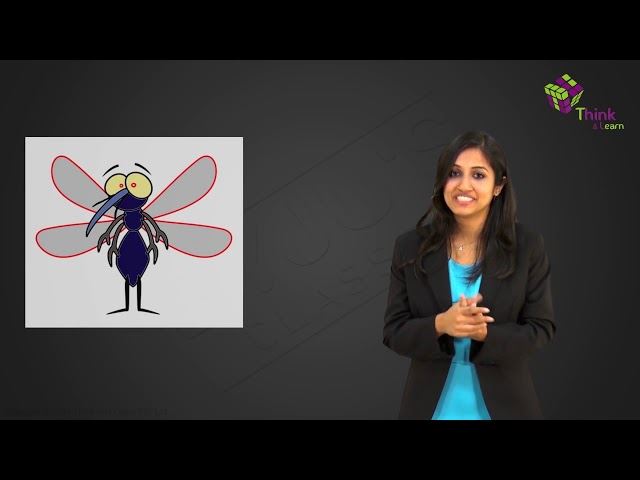 As we all know by now, there are organisms that are extremely small and can’t be viewed without the help of a microscope. Some microorganisms are not harmful, in fact, some are quite helpful (like the bacteria that is found in your gut). But a majority of them cause a lot of diseases in man and other organisms. Microorganisms include bacteria, algae, fungi, archaea, and protozoa. Even though viruses are very small and cause diseases, they are not technically classified as a microorganism as they are not considered to be “alive.”

Except for genetic and congenital factors, most of the diseases are caused by certain microorganisms. These microbes are called pathogens. They are specially adapted to infect and multiply within a host. Some diseases caused by pathogens are polio, cholera, mumps, rabies, malaria etc.

Some microorganisms need a carrier to transmit diseases. Here, Anopheles mosquitoes are the carriers used by the protozoan Plasmodium vivax to transmit the disease to the host. Once inside the host, the Plasmodium starts destroying red blood cells. This leads to other complications such as anaemia and hypoxemia.

Other microbes directly enter the body through contaminated food, water, air or even just a small cut on your skin. The bacteria, Streptococcus can enter your skin through an open wound. However, these bacteria are found in most people’s throat and are relatively harmless. But sometimes, the infection can be so severe that it can start eating living flesh and tissue. That’s why it’s also called “Flesh-eating bacteria” or “Necrotizing fasciitis.”

Most of the pathogenic diseases are communicable and infectious. Once pathogens enter the host body, they utilize the host nutrients; also invade the immune system of the host. This led to the discovery and development of antibiotics and vaccines.

Microorganisms are specific to their host. Some diseases affect only animals like Anthrax, but they can be transmitted to human also. Some diseases like Crown gall disease infect plants by certain bacteria and viruses. The diseases affecting animals and plants can decrease the quality and yield of the product and may lead to investment loss. Therefore, it is necessary to control microbial growth.

Harmful microorganisms not only damage the human body, but also the food we eat. Sometimes, they multiply on food and release toxic products, hence cause food poisoning. To avoid food poisoning, food preservation is done in various ways like pasteurization, salting, boiling etc.

In conclusion, microorganisms are all around us. From the chair that we sit to the keyboards that we type, our environment is home to billions of microscopic organisms. Moreover, we even have microbes living in our gut that play an important role in our digestive health. In other words, most microorganisms are not harmful, but we have to take precautions against the ones that are.

1. Are all microorganisms harmful?

Generally, most microbes are benign and do not cause any diseases. However, some microbes that are parasitic in nature can be harmful to their hosts.

2. What is a carrier in diseases?

Some microbes do not directly infect their hosts, instead, they use a carrier  – an organism that carries the disease-causing microbe without showing any noticeable symptoms. An example of a carrier is the Anopheles mosquitoes – which carries the protozoan Plasmodium vivax.

For more detailed information about harmful microorganisms, or any other related topics, explore BYJU’S Biology.