Adolescence is a period of transition in life from childhood to adulthood. The body experiences a lot of changes  as part of the growth mechanism, both physically and psychologically. In adolescents, sexual maturity sets in with puberty. During this period, hormones play a pivotal role. Reproductive phase in both boys and girls varies. Let’s go through the reproductive phase, menstrual cycle and reproductive health in details. 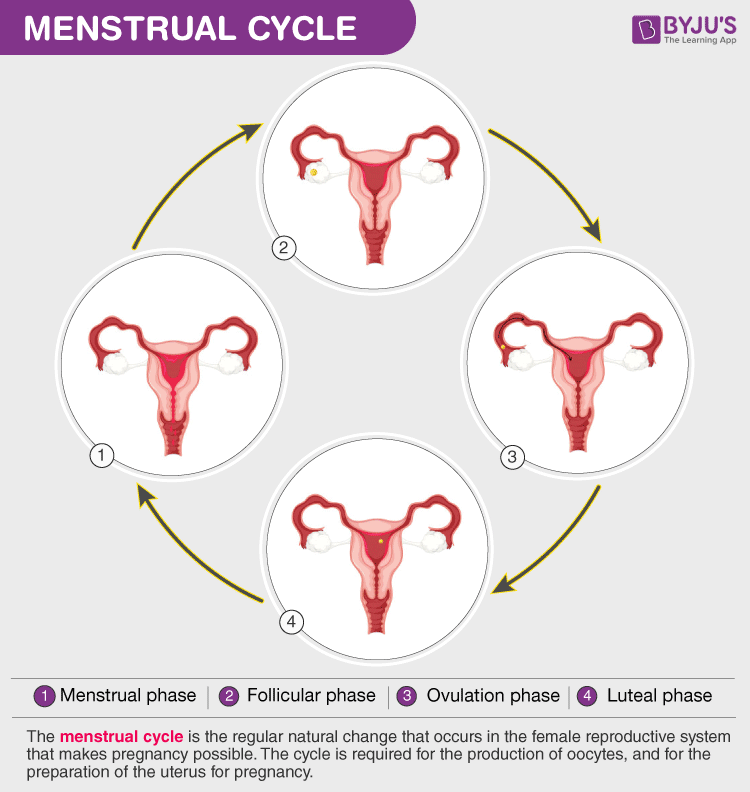 In both boys and girls, the onset of the reproductive phase is indicated by adolescence and commenced with the development of secondary sexual characteristics. Reproduction can occur once the gonads start producing gametes (ovum in females and sperm in males). Gametes in females and males again are produced in varied ways.

The reproductive phase in a girl is observed from the age of 10 to 15 which is when puberty is attained. At this stage, the eggs in the ovaries begin to mature. A matured ovum is released from one of the ovaries in every 28 – 30 days and is known as ovulation. The lining of the uterus turns thicker and readies itself to implant. Fertilization takes place if the sperm unites with the egg, leading to pregnancy. In the event of no fertilization taking place, the lining of the uterus sheds leading to bleeding hence, menstruation. The first menstrual flow is known as menarche. The menstrual cycle ceases by the age of  50 years, stops forever and is referred to as menopause. The time interval from one menstrual cycle to another may vary from 28 to 30 days.

This stage in women is as a result of a few hormones and sex hormones. Fluctuation in the levels of these hormones can alter the ovulation day. Hormonal imbalance can lead to irregular menses.

To learn more about the menstrual cycle and its factors, visit BYJU’S.