What is Sex Determination?

A sex-determination is the biological system that determines the development of sexual characteristics in an organism. There are two different types of sexes – male and female. Chromosome plays an essential role in determining the sex of an individual.

Let us have a glimpse into sex determination and who determine the gender of the baby- father or mother. 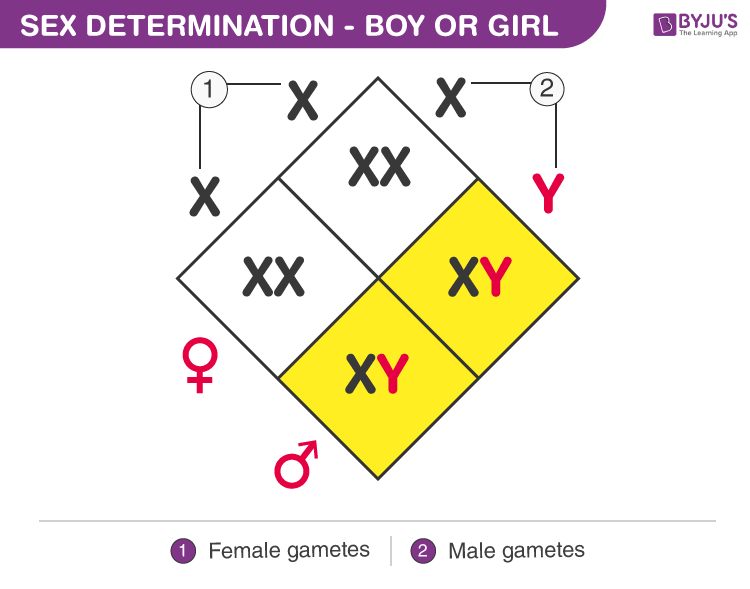 Fertilization is the process in which two gametes (sex cells) – sperm and ova – fuse together to form a new cell called the zygote. During this unbiased event, all genetic information from parents to the child has been transferred. Also, the gender of the child is determined, and the father of the child is responsible for sex determination.

1. What is sex determination?

Fertilization is the process in which two gametes (sex cells), a sperm and an ova, fuse together to form a new cell called a zygote.

Chromosomes are thread-like structures that contain genetic information. It is found in the nuclei of a cell.

To learn more about sex determination with the interactive video lessons, visit BYJU’S.