Understanding the Rate of Respiration In Leaf Tissue, Flower Buds And In Germinating Seeds

To study and demonstrate the rate at which respiration takes place in flowering buds or in leaf tissue or in germinating seeds.

The rate of respiration can be estimated with the help of a Ganong’s respirometer as shown in the figure. 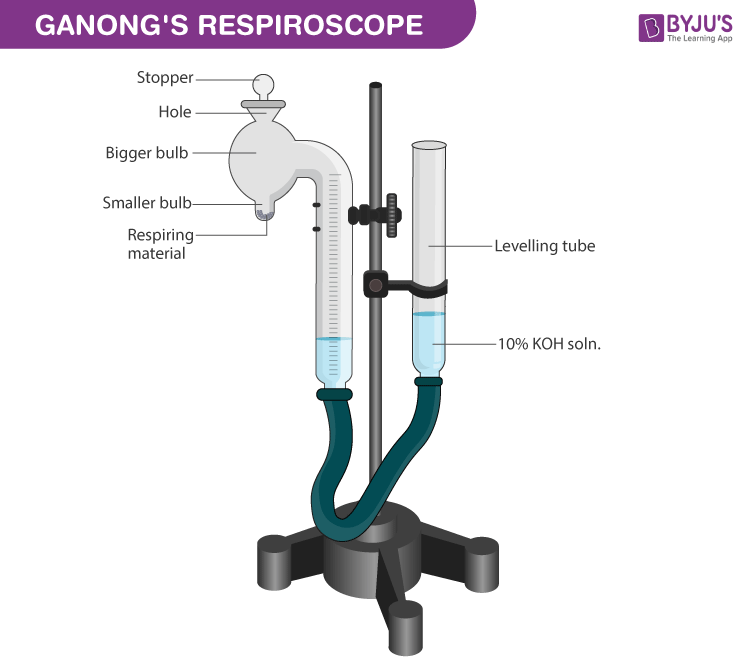 The apparatus comprises three levelling parts of the tube:

To compare the rate of respiration in various parts of the plants.

Register at BYJU’S for more information on biology experiments and other related concepts.

Test Your Knowledge On Study Of The Rate Of Respiration In Flower Buds Leaf Tissue And Germinating Seeds!
Q5