‘Living’ is something that is alive, something that can grow, move, reproduce, respire and carry out various cellular activities. To understand what is living, we need to look into the features of a living thing in detail. 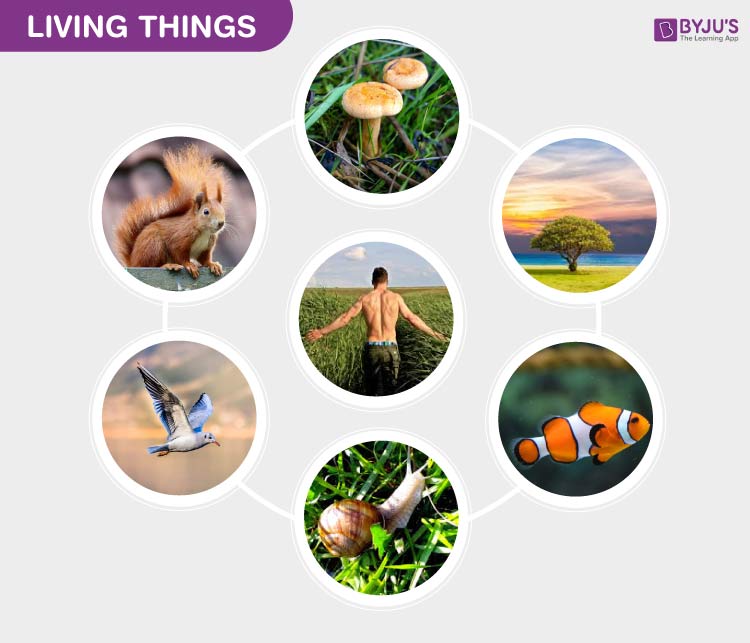 Living things are made up of cells and are capable of carrying out various cellular activities. The different features that best describe what a living thing is, are mentioned below:

Growth is usually defined by the increase in mass and number of individual organisms. Humans visibly grow up to a certain age but the cells keep on dividing and thus new cells in the body keep on replacing the old ones.

Some of the nonliving things also seem to grow in size due to the accumulation of particles, for example – the growth of a mountain. Living things grow due to cell division. Thus, growth is not a defining character.

It is the process by which an organism produces an individual like its own. Reproduction is of two types- sexual and asexual reproduction. Most of the mammals like humans reproduce by sexual reproduction. But when we consider unicellular organisms like bacteria, growth and reproduction become ambiguous as both results from the division of the cell. Thus, reproduction again cannot be considered as a typical character in defining living.

It comprises all the chemical reactions going inside a living cell or body. Thus, it is a typical characteristic of living beings. Nonliving things do not show metabolism.

Organisms are typically made up of cells. They also follow an organization of cells followed by tissues which form organs and in turn again combine to form the organ system. Organ systems together form an organism. This kind of cellular organization is absent in nonliving beings.

It is a property by the virtue of which an organism reacts to an external stimulus or change in environment. It is a typical property of living organisms. They have the ability to sense any change in their environment.

Criteria that Determines What Is Living

The following criteria determine whether a thing is living or not:

Stay tuned with BYJU’S to learn more about what is living for class 11, and the features of a living organism.