Area of trapezium is the region covered by a trapezium in a two-dimensional plane. It is the space enclosed in 2D geometry. A trapezium is a 2D shape that falls under the category of quadrilaterals. Similar to other geometrical shapes, it also has its own properties and formulas based on area and perimeter. Let us learn in detail.

A trapezium is a quadrilateral, which is defined as a shape with four sides and one set of parallel sides. Apart from trapezium, there are four more types of quadrilaterals. They are:

All these quadrilaterals have one common property, which is, the sum of all the angles is 360°.

Properties of a Trapezium

Here, we are going to learn about some more properties of the trapezium, which is also called a trapezoid. A trapezium has the following properties:

Area of a Trapezium

Trapezium area can be calculated by using the below formula: 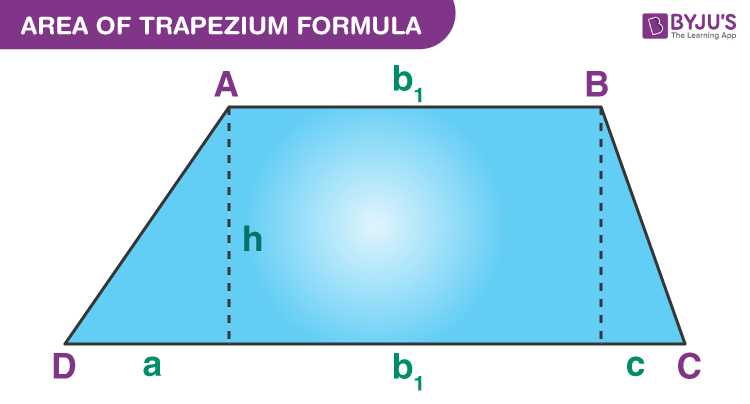 The perimeter of trapezium formula is given by: 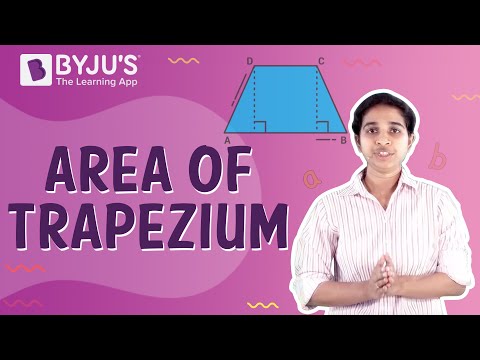 Derivation of Area of a Trapezium

Following is the derivation for computing the area of the trapezium:

The area of a trapezoid is equal to the sum of the areas of the two triangles and the area of the rectangle.

Therefore, the area of a trapezoid with bases b1, b2 and altitude h is;

For the complete understanding and concept clearance, one must go through the practice worksheets at BYJU’S to check their hands on the concept and test learning.

What is the formula for Area of a trapezium?

What are the formulas for Area and Perimeter of Trapezium?

Area of trapezium = ½ x (a+b) x h
Perimeter of trapezium = a+b+c+d
Where a, b, c and d are the length of sides of a trapezium
And h is the distance between the two parallel sides i.e., a and b.

What are the properties of Trapezium?

A trapezium has 4 unequal sides: two parallel and two non-parallel sides
Sum of all interior angles is 360 degrees
Diagonals bisect each other

How do you find the area of Trapezium?