Exterior angle theorem is one of the most basic theorems of triangles. Before we begin the discussion, let us have a look at what a triangle is. A polygon is defined as a plane figure which is bounded by the finite number of line segments to form a closed figure. Triangle is the smallest polygon bounded by three line segments. It has three edges and three vertices. The figure 1 given below represents a triangle with three sides AB, BC, CA and three vertices A, B and C.  ∠ABC, ∠BCA and ∠CAB are the three interior angles of ∆ABC. 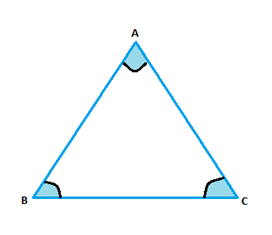 One of the basic theorems explaining the properties of a triangle is the exterior angle theorem. Let us discuss this theorem in detail.

The exterior angle theorem states that if a triangle’s side gets an extension, then the resultant exterior angle would be equal to the sum of the two opposite interior angles of the triangle. 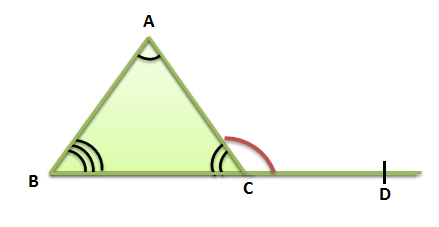 According to the Exterior Angle Theorem, the sum of measures of ∠ABC and ∠CAB would be equal to the exterior angle ∠ACD. General proof of this theorem is explained below:

Consider a ∆ABC as shown in fig. 2, such that side BC of ∆ABC is extended. A line, parallel to the side AB is drawn as shown in the figure. 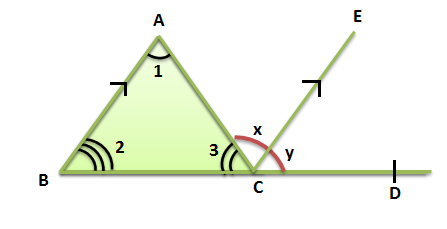 Thus, from the above statements, it can be seen that exterior ∠ACD of ∆ABC is equal to the sum of two opposite interior angles i.e. ∠CAB and ∠ABC of the ∆ABC.