Height And Distance: Application In Trigonometry

It should be noted that finding the height of bodies and distances between two objects is one of the most important applications of trigonometry.

What are Heights and Distances?

The most significant definitions that are used when dealing with heights and distances are given as:

How to Find Heights and Distances?

To measure heights and distances of different objects, we use trigonometric ratios. For example, in fig.1, a guy is looking at the top of the lamppost. AB is horizontal level. This level is the line parallel to ground passing through the observer’s eyes. AC is known as the line of sight. ∠A is called the angle of elevation. Similarly, in fig. 2, PQ is the line of sight, PR is the horizontal level and ∠P is called the angle of depression. 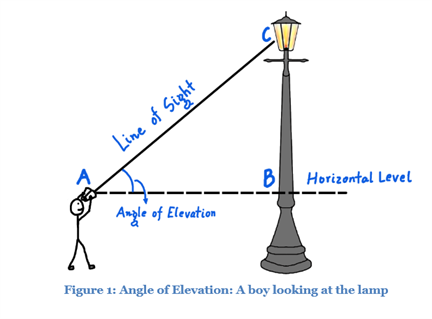 Angle of Elevation in Height And Distance 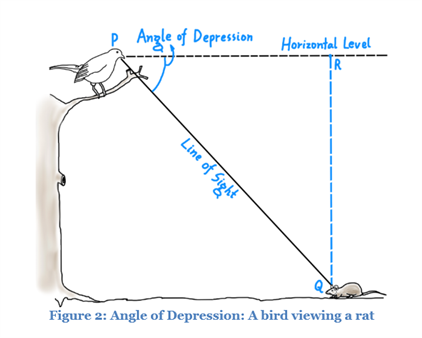 Angle of Depression in Height And Distance

The angles of elevation and depression are usually measured by a device called Inclinometer or Clinometer.

Inclinometer for Measuring Angles of Elevation and Depression

To solve height and distance problems, trigonometric ratios for standard angles (Table 1) should be remembered.

Solve a question based on the above topic for better understanding of this topic.

In this section, you can see three different cases when solving height and distance questions.

Case 1: In this case, we can observe the following:

Any two of the above three parameters will be provided in the question. This type of problems can be solved using the formulas given below. 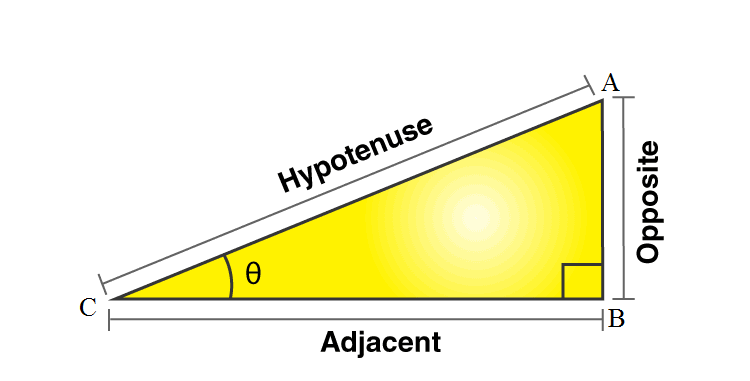 In right triangle given below, d is the distance between C and D. 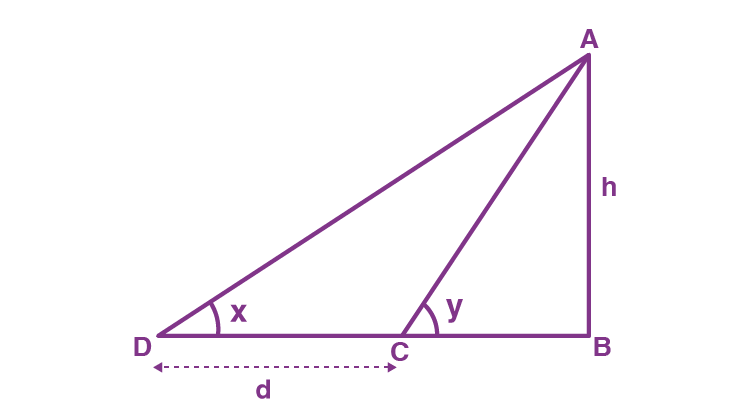 Case 3: There is another case where two different situations happening at the same. In this case, we get similar triangles with the same angle of elevation or angle of depression. These type of problems can be solved with the help of formulas related to similar triangles. 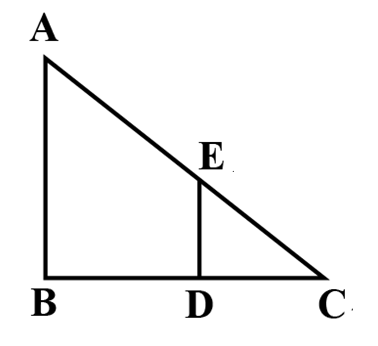 Here, triangles ABC and EDC are similar.
Using Thales or BPT theorem we can write the ratio of sides as:
AB/ED = BC/DC

The above three formulas are used to solve majority of the heights and distances problems. Apart from these cases, there some other types of constructions could be drawn based on the given scenario. However, the combination of these formulas are used to solve any given problem related to the heights and distances in trigonometry.

For More Information On Trigonometry – Measuring Heights And Distances, Watch The Below Video: 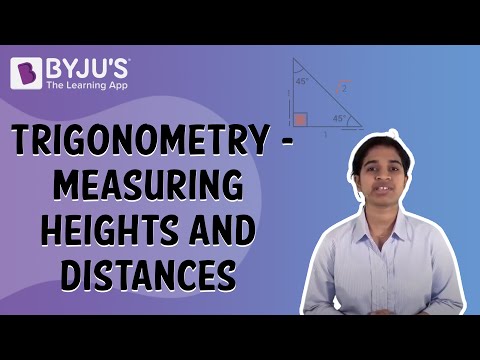 The scenario explained in the question can be drawn as shown in the figure. 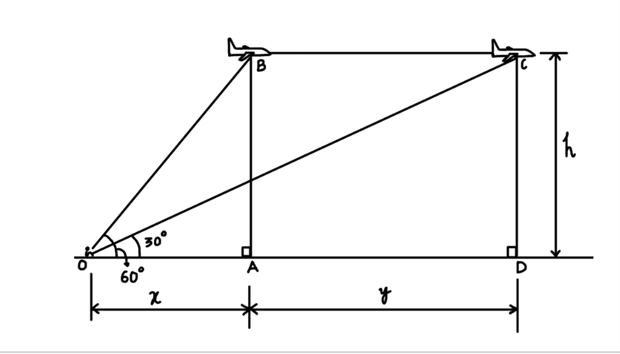 So, if the aeroplane is flying h meters above the ground, it would travel for (2/√3) h meters as the angle of elevation changes from 60° to 30 °.

Quiz on Height and Distance
Q5