A heptagon is a polygon that has seven sides. It is a closed figure having 7 vertices. A heptagon is also sometimes called Septagon.

In Geometry, the shape that is bounded by at least three straight lines or at least three interior angles is called polygon. The most common examples of polygons are 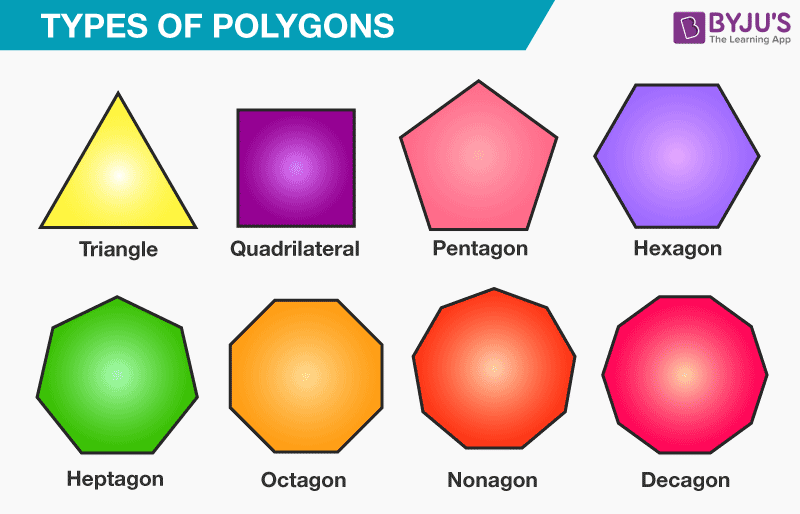 In this article, let’s discuss the seven-sided polygon called “Heptagon” with proper definition, shape, sides, properties along with its formula in detail. 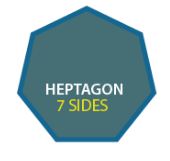 A heptagon is a polygon with 7 sides and 7 angles. Sometimes the heptagon is also known as “septagon”. All the sides of a heptagon meet with each other end to end to form a shape. Therefore,

The number of heptagon sides = 7

Depending on the angles and diagonals, there are different types of heptagon, such as

If a heptagon is regular, then all the angles and sides are equal, and the hexagon sides meet each other at an angle of 5π/7 radians or [128(4/7)degrees]. If the heptagon does not have equal side and angle measure, then it is known as irregular heptagon. Some properties of heptagons are as follows:

Area of a Heptagon

For a regular heptagon with side length “a”, then the formula to find the area of a heptagon is given as

The above equation is approximately equal to

Since all the sides “a” of a regular heptagon are of equal measure, then the perimeter or circumference of a heptagon is written as,

The perimeter of a heptagon, P = 7a units

Find the area and perimeter of a regular heptagon whose side is 5 cm?

Substitute a = 5 cm in formula,

The perimeter of a heptagon, P = 7a units

Hence, the perimeter of a heptagon is 35 cm.

Stay tuned with BYJU’S – The Learning App to learn all the interesting Maths concepts and also explore videos to learn with ease.

What is a Heptagon in Math?

In maths (geometry), a heptagon is a polygon with seven sides and seven angles. A heptagon has seven straight sides and seven corners i.e. vertices. It is sometimes referred to as a “septagon”.

What are Regular and Irregular Heptagons?

Regular Heptagons: In a regular heptagon, all the angles and sides are equal.

Irregular Heptagon: In an irregular heptagon, the measure of sides and angles are not equal.

What are Convex and Concave Heptagons?

Convex Heptagon: In a convex heptagon all its diagonals lies inside it.

Concave Heptagon: In a concave heptagon, one or more interior angles are greater than 180 degrees and some diagonals lie outside the polygon.

What is the Angle of a Regular Heptagon?

Test your knowledge on Heptagon
Q5