Some of the units for measuring volume are cm3, m3, litre, milliliter etc.

Let us take the example of a 3d shape called cuboid, it is a solid bounded by six rectangles and thus has six rectangular faces. The dimensions of the cuboid are as follows: length l, breadth b and height h.

Volume of the cuboid is given by: 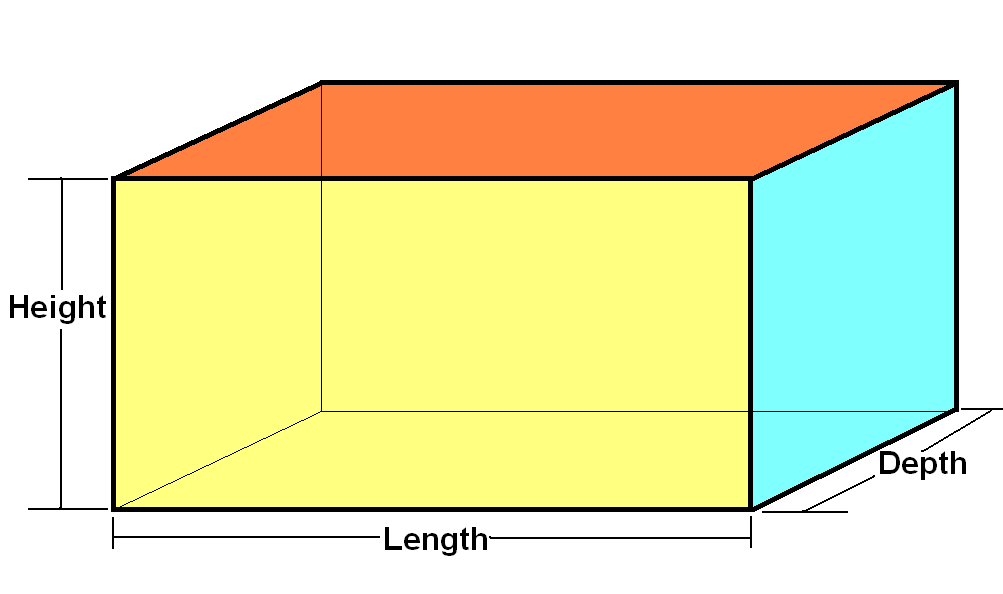 The hollow objects are filled with air or liquid which take the shape of the container. The total volume of air and water that is accumulated inside a container is the capacity of that container. We can still distinguish between volume and capacity even after many similarities. Incapacity, more concentration is on how much solid, liquid or gas can fit into the container and it also implies the bearing power of that container. We can measure capacity in cm3, m3, liters, milliliters, pounds, and gallons etc.

Basic difference between volume and capacity

Both volume and capacity are considered somewhat similar but there are some differences between them that make them different.

This can be summarised as shown in the table below.

To learn more about other topics of maths download BYJU’S– The Learning App from Google Play Store and watch interactive videos. Also, take free tests to practice for exams.