Candidates can go through the RRB ALP exam for relevant information.

The RRB ALP Eligibility criteria are as follows:

The RRB conducts the ALP Exam every year to recruit candidates into various posts under the Railway Ministry. This article gives detailed information on the ALP eligibility related to nationality, qualification, age limit.

For details on RRB Eligibility, refer to the linked article.

Candidates are advised to check the other RRB exams conducted by the Railway Recruitment Board.

RRB ALP Eligibility- Based on Nationality

A candidate must be either:

As per the RRB ALP Eligibility Criteria, the Assistant Loco Pilot age limit is 18 to 28 years.

The RRB ALP age limit relaxation is given below: 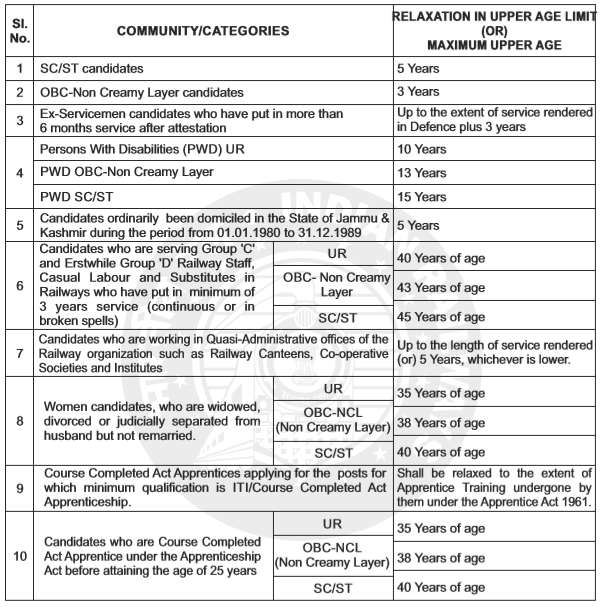 The required Assistant Loco Pilot qualifications are as follows:

The Assistant Loco Pilot qualification in various trades are given below: 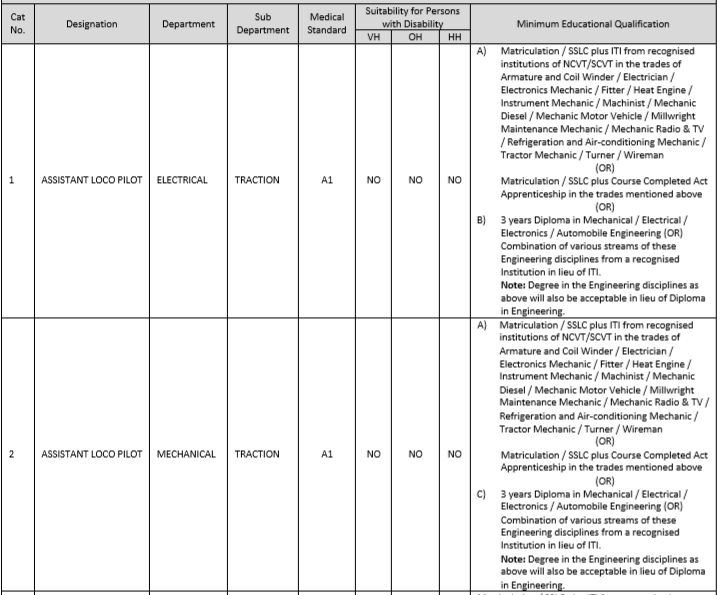 There are certain other criteria for Medical verification which is also related to the RRB ALP Eligibility.

For details on other important aspects related to the Exam, refer to the RRB Notification.

As per the RRB ALP Eligibility, candidates called for Document Verification (DV) will have to pass the requisite medical fitness test conducted by the Railway Administration to ensure that the candidates are medically fit to carry out the duties connected with the post/posts opted by them.

The medical verification details are given below:

Candidates should keep the following things in mind related to the RRB ALP Eligibility:

Q.1. What is RRB ALP Age limit eligibility criteria to appear for the Loco Pilot examination?

Ans. The lower RRB ALP age limit is 18 years while the upper age limit to appear for the Assistant Loco Pilot exam is 28 years.

Q.2. What is the requirement of educational qualification for Railway Assistant Loco Pilot examination?

Ans. The minimum eligibility in terms of educational qualification for Loco Pilot in Railway is Class 10th qualified and ITI certification to fill ALP application form.

Q.3. Can candidates with Civil Engineering degree apply for ALP post of Railways?

Q.4. Do I fulfil the RRB ALP eligibility conditions if I have a degree in Bachelor of Science?

Ans. Yes, definitely you are eligible to apply for Loco Pilot exam with BSC degree. There is no specific stream required to join the Indian Railways.

Q 5. Are there any medical standards that candidates are required to meet to qualify the Railway loco Pilot exam?

Ans. Yes, as per the RRB ALP eligibility, candidates called for Document Verification (DV) will have to pass the requisite medical fitness test conducted to ensure that the candidates are medically fit to carry out the duties connected with the post/posts opted by them. Candidates have to strictly adhere to the medical standard in terms of physical and visual fitness.